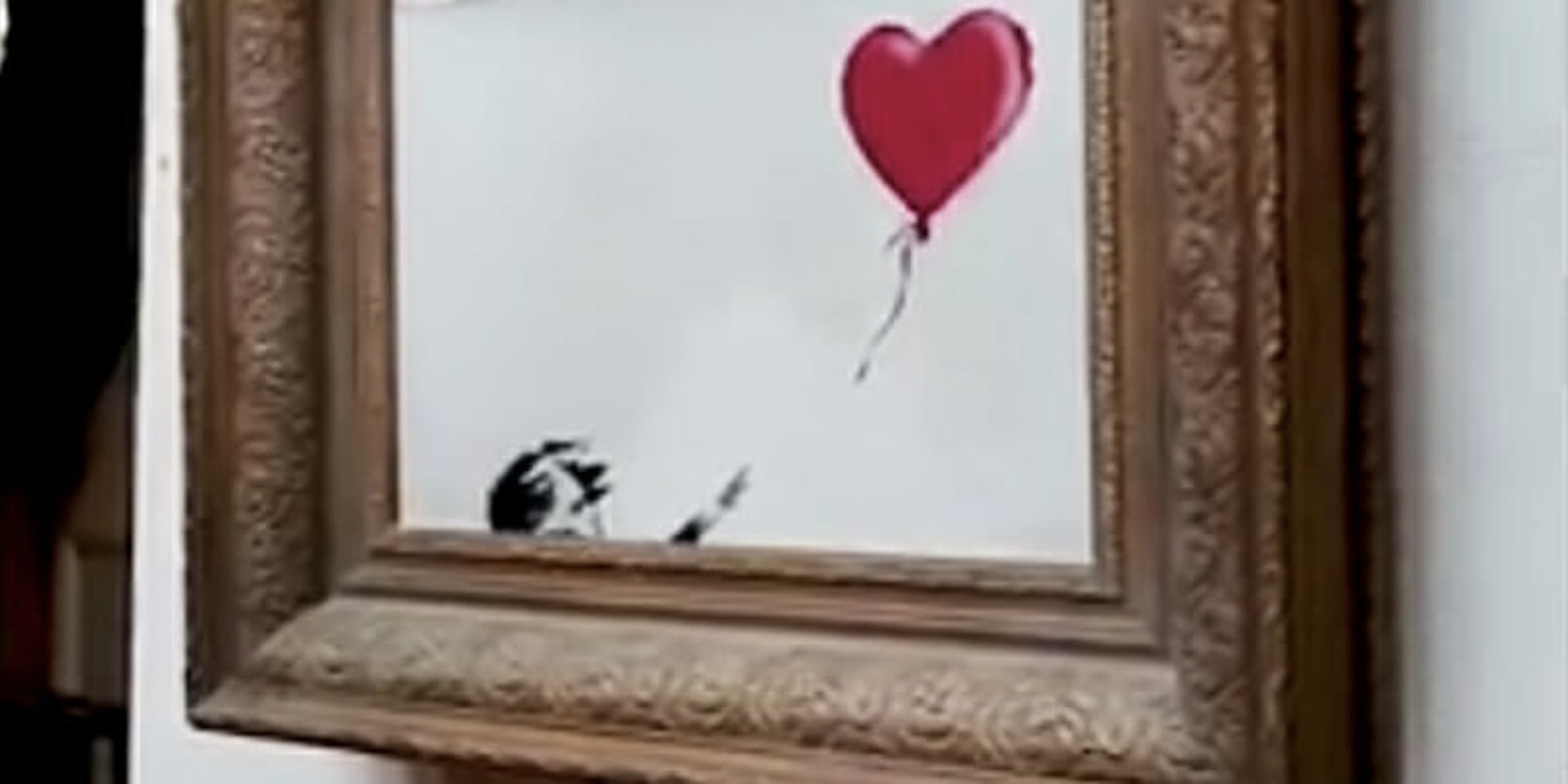 Video shows how Banksy’s shredded art prank should have gone

Banksy stunned the art world earlier this month when he set up an elaborate prank to destroy one of his “Girl with Balloon” paintings at auction, just as the $1.4 million winning bid had been announced. Using an internal mechanism within the frame, Bansky was able to effectively shred the piece at the press of a button.

Or, not so “effectively,” shall we say, because something jammed halfway through, leaving just the bottom portion of the painting hanging in shreds. As a result, the partially intact piece—which the anonymous buyer decided to purchase anyway—only increased in value.

In other words, whatever overall statement Banksy had been planning to make with the stunt ultimately backfired. To add insult to injury, Sotheby’s senior director and head of contemporary art Alex Branczik said in a statement that Banksy didn’t destroy a piece of artwork, he created one.

“Following his surprise intervention on the night, we are pleased to confirm the sale of the artist’s newly-titled ‘Love is in the Bin,’ the first artwork in history to have been created live during an auction,” Branczik said.

In an effort to demonstrate how the viral, memed-about stunt should have gone, this week Banksy released a “director’s cut” video on YouTube.

After a couple of minutes of footage giving the general vibe at the Sotheby’s auction leading right up to that fateful moment, the screen cut to a black title card that explained how “in rehearsals, it worked every time.”

And indeed, the piece was completely shredded, with the remains unceremoniously deposited on the floor beneath the frame.

You can only imagine how frustrating it must have been to have the stunt backfire just when it really mattered. Poor Banksy. Maybe next time he should try fire. Or acid? Either way, as the saying goes, (art) buyer beware.