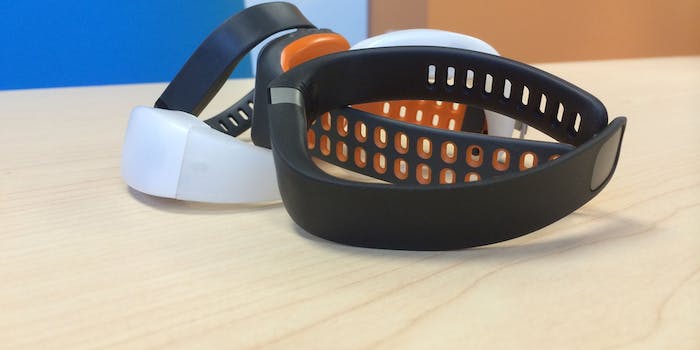 We need to ban the word ‘wearables’

“Wearables” is a disgusting, infantilizing term that should be banned from the Internet.

It’s tough to argue against the claim that wearable tech is the next wave of computing. Look what Google Glass has spawned: watches, headbands, and other tiny, spiffy computers that strap on to your face and count your calories, measure your sun exposure, or just give you a surreptitious way to take creepshots of women on the subway.

Many of these knickknacks will be broken, damaged, lost, or just sad and obsolete in two years, but today they’re ubiquitous and well-liked by everyone from upper-middle-class fitness buffs to leisure-class venture capitalists—and their dogs.

As the products have grown more popular, so too has an odiously cute neologism: “wearables.” “Wearable tech” is too long, too impersonal. But “wearables” is a disgusting, infantilizing term that should be banned from the Internet, the startup world, and all related fields immediately. 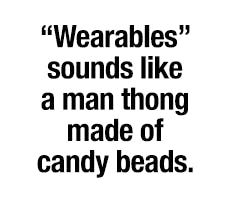 “Wearables” sounds like a man thong made of candy beads. It sounds like a Spencer’s Gifts teddy bear that says naughty words voiced by Seth MacFarlane. It sounds like a novelty wig for your balls. Phonetically, the word it’s closest to is “weeaboo,” which refers to neckbeards in Ohio who live with three Sailor Moon sex dolls.

What makes the word “wearables” so cloying is our need to infantilize our tech. We want to turn the creepy matte-black slug thing wrapped around every wrist into an adorable pet, maybe so we can justify the $150 cost.

Are you that fond of your wearables? God, I hope not. Let’s be real: These things are computers that literally track your every move and then send that information to servers owned by billionaire CEOs. The moment we start to feel affection and real human emotions over these things, that’s when humanity becomes vulnerable to the inevitable drone invasion.

I would seriously rather call them glassessories than wearables. Tim Draper, George Zachary, are you listening?

Photo via intelfreepress/Flickr (CC BY 2.0)