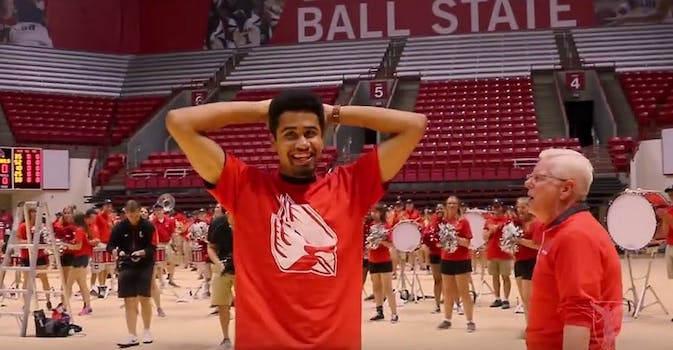 For 25 seconds, this guy was an absolute superstar.

One freshman at Ball State has already learned the value of a college education—and he’s figured out a way to get it for free.

At a pep rally to celebrate the school’s newest athletic (and, ahem, academic) year, Lem Turner had the opportunity to hit a half-court basketball shot in order to win himself free tuition for a semester. Like any good financial planner, Turner absolutely nailed his attempt in front of thousands of his classmates.

This is the second time in three years Ball State has had to pay out the tuition—which runs about $11,000 for a semester—for a student who drilled a half-court short. Compare the video above to this one from 2013 and ask yourself how much longer the school will run this promotion.