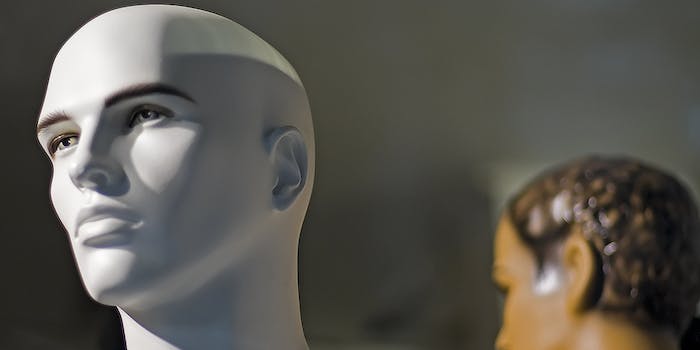 Hollywood has a representation problem, and one bald man took to the Internet to raise awareness of the “pervasive negative portrayal” of the follically challenged in film and TV.

In a tongue-in-cheek video, YouTuber DarkAntics listed a plethora of bald villains, from Superman’s Lex Luthor to The Dark Knight Rises’ Bane, who stand in stark contrast to lush-headed protagonists. He also noted that the few protagonists who are bald are generally feminized (like Patrick Stewart’s Jean-Luc Picard in Star Trek: Generations, whom the vlogger calls a “damsel in distress”) or killed (Ripley in Alien 3).

The man does make some valid points about Hollywood beauty standards, noting the negative coverage of Britney Spears‘ 2007 meltdown—during which the pop superstar shaved off her long, golden locks—as well as the use of hair removal as a method of catharsis for traumatized female characters.

But things aren’t all bad for bald men in Hollywood. Vin Diesel and Dwayne “The Rock” Johnson are two of the highest grossing stars in the game, and it doesn’t look like the latter has anywhere to go but up.

Unfortunately, this YouTuber rejects the argument that Vin Diesel is the exception to his critique, citing the inherent criminality of the characters he plays. Similarly, he argues, Morpheus from The Matrix is also not a positive enough portrayal of a bald hero. We can’t help but sense a pattern here…

Whether or not this YouTuber agrees, Hollywood is in the middle of a bald renaissance, with actors like Diesel, Johnson, Jason Statham, and Terry Crews leading cast lists in film after film.

Of course, in order for Hollywood to change, public opinion must also change. So get out your razors, fellas, and let’s start a revolution.

H/T The Independent | Photo via Horia Varlan/Flickr (CC BY 2.0)