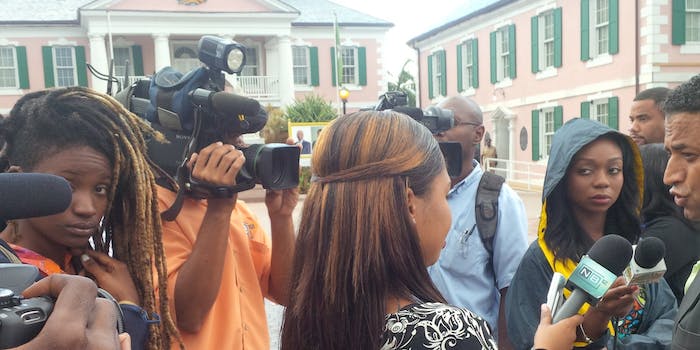 I went to the Bahamas to spy on the NSA

Leaked documents show that the NSA is spying on every phone call in the Bahamas. Here's what the locals think about it.

I was lucky enough to go to the Bahamas to investigate a random piece of information intercepted by Edward Snowden that suggests the National Security Agency is spying on each and every phone call in the country. Meeting some activists, opposition leaders, fashionistas and local radio kings, Bahamians told me overall they’re pretty furious about the whole thing.

“U.S. is surveilling the whole world,” Ryan Pinder, the Bahamas’ minister of finance, said with a shrug. ”I’m not too worried about it.”

The drone shots in the film were mastered by cameraman Tom Bell.