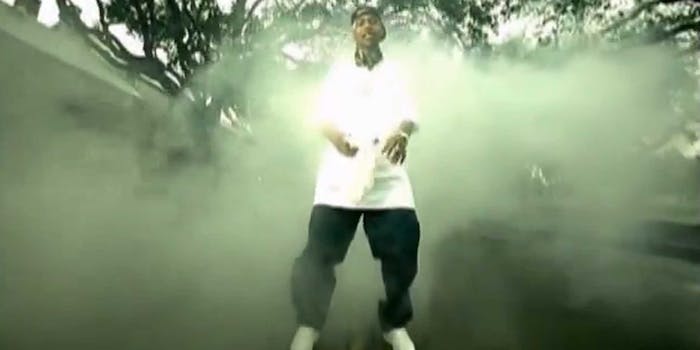 Now you can back “Dat Ass Up” on Kickstarter

For $1, you can hack Kickstarter's auto-tweet function for this clever prank.

Are you ready to show your friends what you’re working with on Kickstarter?

Brooklyn’s Michael McGregor has launched a campaign on the crowdfunding campaign that’s so brilliant and hilarious that we’re kicking ourselves for not thinking of it in the first place. For a measly dollar, you can tweet that you’ve backed “Dat Ass Up” on Kickstarter.

As McGregor notes on his Kickstarter page, “This project is based on the auto-tweet Kickstarter generates when you back a project. “

“The tweet reads ‘I just backed (blank) project on Kickstarter,'” he explains.

“I recently realized that gaming the automated tweet could be both interesting, and fun, and that referencing Juvenile’s 1999 summer hit ‘Back Dat Ass Up’ would be the perfect way to hack the system.”

Should you choose to contribute, you’d basically be paying $1 to make a Twitter joke and simultaneously reference a staple of late 1990s hip-hop. (Side note: The actual title of the single is “Back That AZZ Up.”) What’s that, you say? You don’t know that song?

Prepare to get your twerk on and drop it like it’s hot.

Before you ask, yes, that is Lil’ Wayne without the face tattoos.

McGregor’s original goal was to raise $50 in 24 hours, a figure he’s already surpassed as of this writing. Since the project went live at 3:42pm EST, 52 backers have contributed $171, with seven of them choosing to kick in $20 to claim the only reward— a T-shirt with the project’s name emblazoned on it.

The project creator hasn’t disclosed what he’s planning on doing with the surplus of money. Since he’s making bank on Juvenile’s track, we suggest he fork over the cash to the beleaguered rapper. The last time we heard from the former Cash Money artist, he was really behind on his child-support payments.