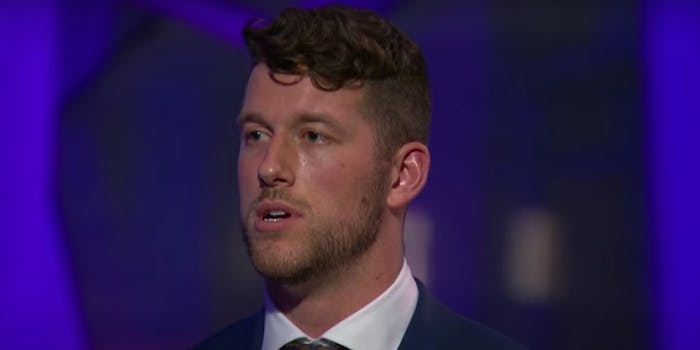 Bachelor Nation's not that into Clayton.

A new season of The Bachelor debuted on Monday, and with it came a new contestant, Clayton Echard. He isn’t exactly a fan favorite: As the Ringer points out, “Clayton seems to have been selected in part because he was available to film after being dumped early during the just-ended-two-weeks-ago season of The Bachelorette.”

As such, there was some debate over the fact that other Bachelorette runners-up were largely men of color, and Echard was chosen instead, continuing a very homogeneous tradition. Matt James was the first Black Bachelor contestant in 2021, and the season highlighted the show’s major structural issues with race.

As Dan Emerson wrote on Monday, the issue isn’t that Echard’s another handsome white man: “The problem is that ABC passed over so many fan-adored men of color with depth and who made it really far… and instead picked the 8th place guy we don’t know or care about just so they could have another bland white man.”

When Echard was announced last month, viewers held up some Bachelorette fan favorites they thought deserved to move on to The Bachelor.

While anticipation around this season feels lukewarm, at least there are memes.

The season premiere did have one distinction: Contestant Claire quickly assessing Echard and declaring that he sucks on the first night.