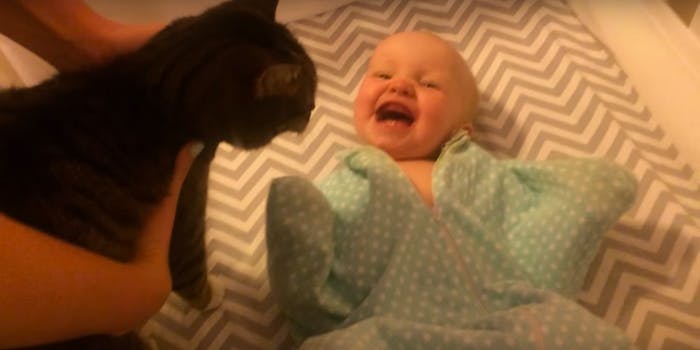 Squirmy baby is obsessed with the family cat

She's so excited and she just can't hide it.

Babies might not know what exactly is going on most of the time, but they’re quick learners when it comes to pets.

One baby girl is so excited whenever her family brings the family cat near her crib that she’s basically incapable of keeping still. But with a sleeping sack on to protect both her and the cat, the family will occasionally appease her and bring the cat into the crib.

She loves the cat, but does the cat love her? It’s a cat—what do you think?