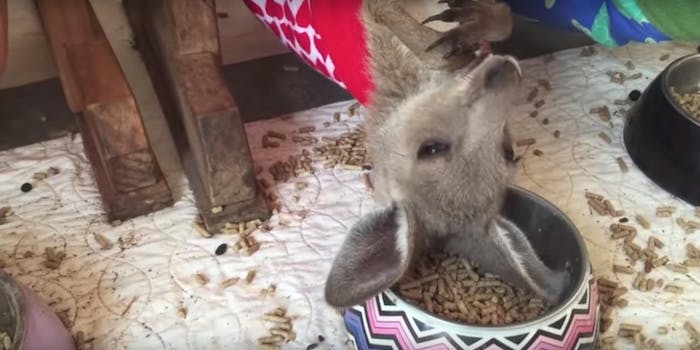 Baby kangaroo hanging upside down isn’t a bat, but don’t tell it that

This adorable kangaroo loves nothing more than hanging upside down.

We have a very important kangaroo update: this baby ‘roo thinks it’s a bat.

The Eastern Grey kangaroo joey seen below is a big fan of hanging upside down in his kangaroo hammock, proving once again that kangaroo behavior runs the gamut from terrifying to downright adorable.

The little ‘roo just wants to hang out, like any chill kangaroo bro—except, you know, upside down.