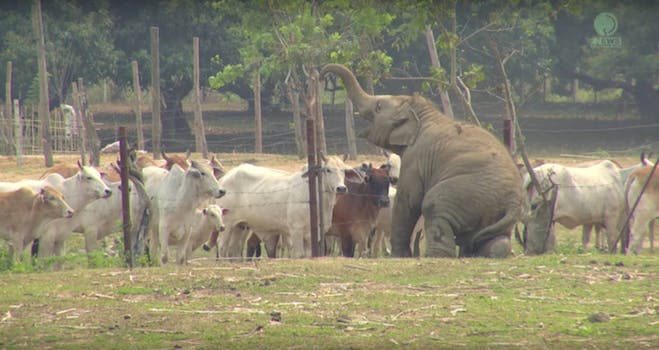 Baby elephant tries to impress a herd of cows

He puts on a show—to little effect.

When a young elephant wants to have an udderly fun time, it’s not his own species he seeks out on the pasture.

Navann, a playful baby elephant, just wants to impress the nearby cows. He flops around, moves his trunk, and tries to get some reaction from them. As much as he tries, the cows pretty much just stare at him—but that’s not deterring him.