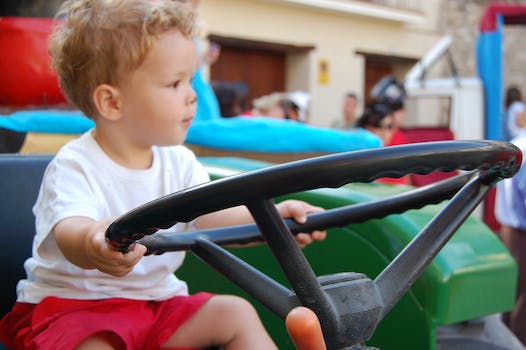 This baby is a better video game driver than you

Start your virtual engines and prepare to be amazed.

While it’s never a good idea to put a baby behind the wheel of a real car, there is a safe alternative that produces the same incongruous sight.

Instead of risking life and limb in a moving vehicle, one man decided to test his infant’s mettle in a racing simulator. With Dad controlling the breaks and shifting the gears, his baby could concentrate on the wheel and the road as he made his way through a rally simulation. Based on our experience with arcade racing games alone, we can only imagine the level of virtual property damage that this baby left in his wake.

Based on the results, however, we may have a future expert arcade driver on our hands.

Photo via srgpicker/Flickr (CC BY 2.0)