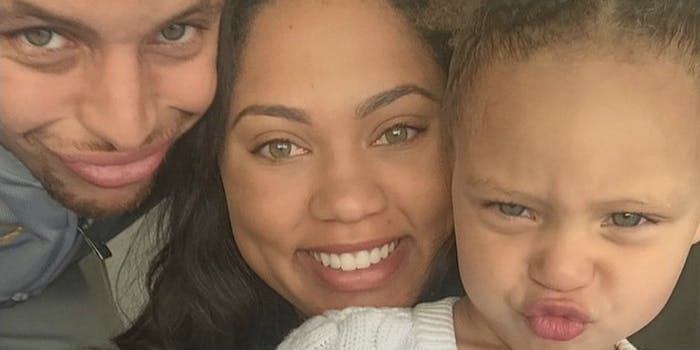 We already knew Golden State Warriors guard Stephen Curry is one of the best NBA 3-point shooters. With his team winning the NBA title, we also were recently introduced to his cute daughter Riley Curry, who continuously stole the show at her daddy’s press conferences.

Here’s what we might not have known. Ayesha Curry—wife to Stephen and mother to Riley—is a badass from the 3-point line as well.

As Ayesha writes, she nailed both of her 3-point attempts before calling it a day, a winner until the end. When she’s not draining long-distance buckets, Curry can be found selling her own brand of olive oil or providing parenting tips and recipes on her Little Lights of Mine website.

Perhaps she should start another website in which she informs us how to produce adorable children while going hard on the basketball court. Because she clearly has mastered that phase of life.