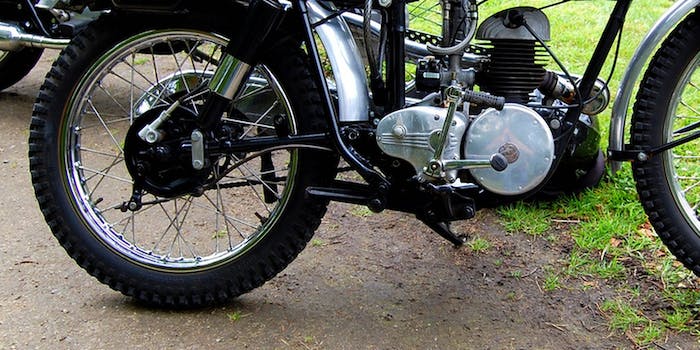 How did this actually work?

Last month, the police of Surrey, British Columbia, attempted to stop a motorcyclist who was driving recklessly in the area—and failed. Why? Because he sped through a freaking mall and down a moving escalator.

No one was injured in the absurd chase, the Calgary Sun reports, though bystanders were alarmed and amazed at the biker’s escape strategy. Even the cops were in awe. “Holy shit!” cries an officer as the rebel rides out of Guildford Town Centre Mall. “So’d he drive through Walmart on a motorbike?” asks another, prompting an irritable “Yes!” from his colleague.

At least he was wearing his helmet, eh?