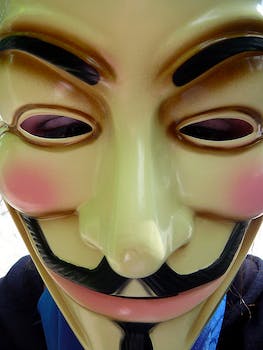 Australia has arrested a 17-year-old Anonymous-affiliated hacker, according to a statement by the Australian Federal Police.

The alleged hacker, who police have not named, was arraigned in Parramatta Children’s Court in Sydney today on charges of “unauthorised access to computer data.”

The AFP stated their belief that the teen “is suspected to be a member of the online issue motivated group ‘Anonymous’ and allegedly committed serious offences on their behalf.”

The AFP executed a search warrant at the suspect’s home in the city of Glenmore Park, 35 miles west of Sydney, back in November of 2012.

The suspected hacker is facing these charges:

The next court date in the case is May 17.

Given the timing of the search warrant, the youth may have been involved in this series of hacks.

In an IRC chat with Australia’s ABC, Anon reps said they had made the hacks to protest a series of changes being considered to Australia’s privacy laws.”Whilst our own rights to privacy dwindle,” the told ABC, “corporate rights to commercial confidentiality and intellectual property skyrocket. Whilst we no longer know about many of the activities of our governments, our governments have the means to accumulate unprecedented vast banks of data about us.”

“The hacking attacks by Anonymous on government websites and AAPT were designed to highlight to the Australian public the difficulty of keeping stored data private,” wrote Gregory, a computer engineering professor at Australia’s RMIT University. “By carrying out hacking attacks and then making public pronouncements Anonymous hopes to convince Australians not to support changes to the current privacy laws.”