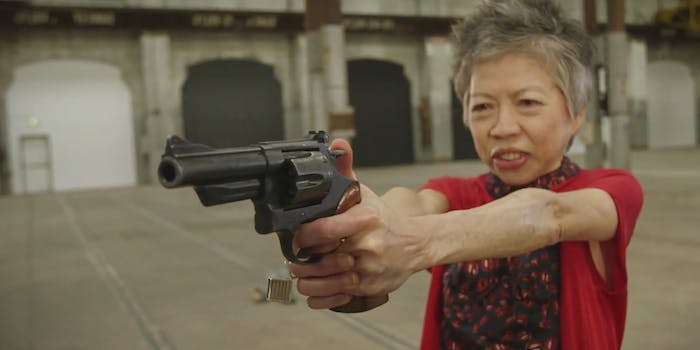 They're kind of a big deal.

More than a dozen high-profile Australian news anchors and television personalities have paid homage to Anchorman‘s most famous scene in a new, cringe-inducing skit.

Released by SBS2 Australia, the online short pits veteran presenter Lee Lin Chin against warring factions from ABC, Channel Nine, SBS and beyond, the newsreaders going at one another with everything from pistols to neckties.

Billed as the “battle of the year” and promising to make “Ron Burgundy’s scuffle in Anchorman seem trivial,” the acting has been charitably described by the Guardian—whose own David Marr features—as “wooden.”