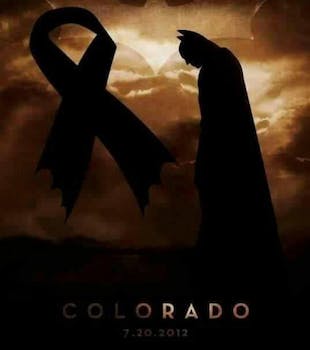 Fate of Aurora shooting site to be decided on Facebook

The City of Aurora has taken to the social network to poll its citizens about the difficult decision.

It’s unfortunate that the deadliest mass shooting in recent history had to happen at a building designed for fun. Now, the City of Aurora is asking its citizens to help it decide what to do with the Century 16 multiplex that was the site of the Dark Knight massacre.

On its Facebook page, Aurora city officials have released a one-question survey about what to do. Here’s survey’s wording in full:

As Aurora moves forward after the tragedy of July 20, it is our hope that the entire community will participate and benefit from the citywide healing process. Many people have asked about the future of Aurora’s Century 16 theater. We want to know your thoughts. Please take a few minutes to tell us your thoughts. These comments will be shared with Cinemark for consideration in their decision making process.

The city has yet to release the results, but it’s apparent from Facebook users’ comments on the post that citizens have a variety ideas about what to do next.

“It should be knocked down and built back up from scratch, and not only because of the shooting, but because of the lack of security features and crowd it drew in for years,” Kara Johnson Entry wrote.

“Turn it into a free mental health clinic where people can go to get help with anxiety and anger issues, societal discontent, depression and other ailments,” Tracy Scott wrote.

“hope they reopen as soon as they are able, can’t let him win by closing the theater!!” Robyn Severson wrote.

Other commenters shared ideas spanning from knocking down just the room where the shooting took place—similar to what Columbine High School did after its massacre—to simply renovating the theater—like Virginia Tech did after its. Unfortunately, Aurora citizens have plenty of precedent to reference while they make their choice.