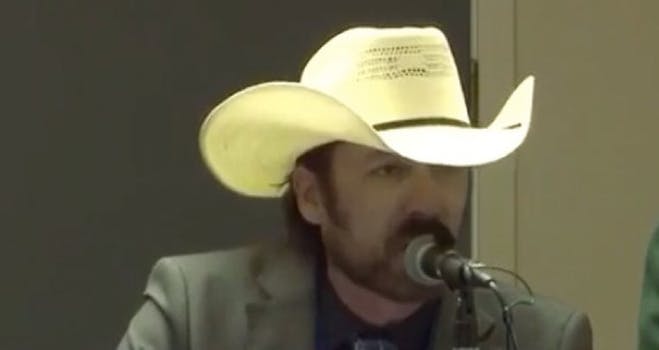 Five years later, Cattlerap is taking over the game.

In 2011, during the peak of mashup culture, sound designer David Kamp married two trends from the opposite ends of America’s cultural and racial spectrum: cattle auctions and hip-hop. The only things they have in common are verbal dexterity and dope fashion, but that was enough.

It didn’t really catch on at the time. The only video that got any major YouTube traction was Kamp’s famous Cattlerap Sessions 1, featuring auctioneer Rhett Parks.

Now, years after its debut, Cattlerap’s time has finally come—on Vine. An account called Auctioneer Beats has set auction patter by Parks and other cowboy-hat-wearing white dudes to well-known hip-hop beats, and the concept is finally blowing up.

“Honestly, if these guys put out a mixtape, it would probably do pretty well,” writes Chris Dart at A.V. Club

Looks like David Kamp was just ahead of his time. But why is the world ready for Cattlerap now, when, just a few years ago, it was a tiny blip on the radar?

One possible explanation: Vine. It’s great for quick jokes, it doesn’t bother to take down posts that use popular music, and the “hot mixtape” meme has been a Thing on Vine since it first started.