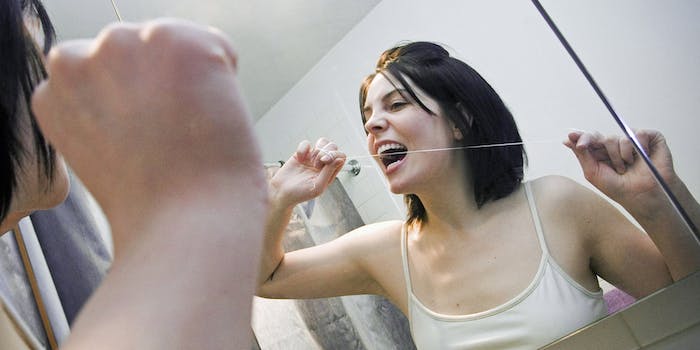 This is trolling of the highest order.

If you ask the fine, cultured folks of Reddit for suggestions on what people should do every day, you can expect to receive a full, diverse list of activities and routines designed to maximize one’s time and life experiences.

Who are we kidding? You’ll find repetitive wiseass answers from troll after troll.

When redditor Sykedelic posed the question to the r/AskReddit community on Oct. 13, honest redditors’ responses offered constructive and productive ideas. ” Organize 5 minutes of quietness and alone time ,” for example. Or, just simply, “Smile.”

“Pay somebody a compliment, whether it be on a nice smile, a cute outfit, or whatever,” well-meaning redditor malleus_maleficarum suggested.

“Hold the door open for someone,” Thatsmyjobnow suggested.

“So they don’t have to stop flossing,” BipolarPig added.