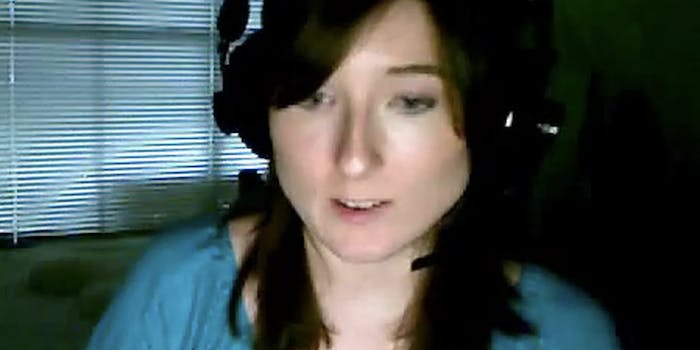 Ask Hillary Adams anything including her next moves

The young woman who posted a video of her father beating her, riling the Internet waters, will soon answer your questions.

Hillary Adams, who made headlines this month after releasing a video that showed her father, violently beating her, is now considering her next move—including becoming more of an activist and possibly writing a book.

The video she uploaded already led to the suspension of her father, Texas District Court Judge William Adams, who had admitted to beating her in the International Business Times.

Earlier today Adams thanked the Internet for help. Many were not so willing to accept her thanks, criticizing her instead.

Later in the day, Adams tweeted that she was doing a “test run for impending ask-me-anything” and invited her followers to “click for live video of me eating ramen.”

The Daily Dot clicked, anxious to ask what she plans to do now that she’s in the spotlight?

If you want more details, ask her yourself. Enter her Vokle chatroom tomorrow at 7 PM Central time.

During today’s practice chat Adams sat in her bedroom, wearing her boyfriend’s hooded sweatshirt. About 15 people showed up to the impromptu chat.

“I wasn’t expecting all you guys to show up,” she said. “I’m not even wearing any makeup.”

“Even after everything, people still seem to have questions,” she said. “When I tweeted about him [Judge Adams] getting suspended, some people still didn’t know what I was talking about.”

The 23-year-old Texan said she will begin a Reddit AMA tonight for those who can’t attend the chat. She promised listeners that the link will be up on her Twitter account soon.

“I wanted to just do it in here [Vokle], but I thought people might be at work and still want to ask questions,” she said.

Sounds like all our questions will be answered tomorrow.