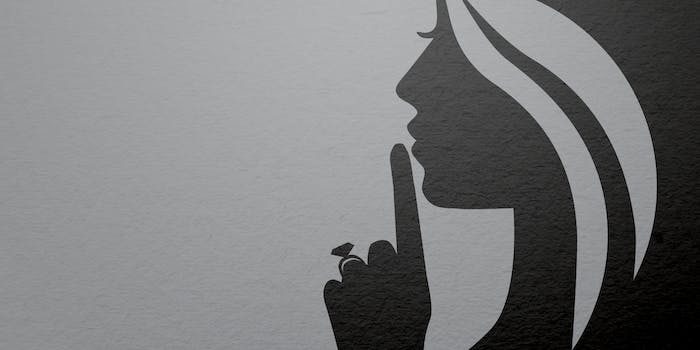 Yesterday, 9.7 gigabytes of data containing account information for 32 million users of the infidelity social network AshleyMadison was dumped onto the Dark Web. Though the information is currently too raw to easily navigate, the data will no doubt become more searchable in the coming days, provoking the ruination of many lives.

The inevitable result of this exposed data, as we all know, is a plethora of thinkpieces and personal essays where people will try to make sense of their lives and this massive invasion of privacy. Here are some headlines we’re sure to see as this data becomes accessible to the layperson:

1) It happened to me: I found my husband in Ashley Madison’s dump

How many people do you think will be writing pieces about discovering their partner has an account on the site? A lot, probably. Ideally, they’ll all include the word “dump” in their headlines.

While the hack will no doubt destroy many relationships, there’s no question that we’ll see at least one piece about the positive effects of this hack on a couple’s marriage. It will likely include anecdotes about honesty and monogamy!

A documentation of one man’s harrowing journey from embarrassing cuckoldry to comedic stardom. All the feels.

4) Get out of my dreams and into my data: my hacking fantasy

5) Where are they now? Former child stars who were outed on Ashley Madison

Nostalgia bait! Internet users will be thrilled to see their favorite childhood actors and musicians on a list of outed cheaters! Serves them right for being on a TV show in the 1980s!

Rescue dogs teach us a lot of things: compassion, empathy, friendship. This piece will focus on a rescue dog’s ability to help the writer come to terms with their mortality as they come to accept the fact that loyalty is not the same as monogamy.

The listicle approach. Because affairs are often decried as morally transgressive, a listicle will be necessary to prove that some things are better than clean socks (like hot, secret sex).

8) The Ashley Madison hack: is El Niño to blame?

Many people will want to pin responsibility for the hack on someone (or something) other than hackers. Because the weather has very real effects on human thoughts, feelings, and actions, El Niño will be a likely scapegoat.

9) WORST AFFAIR EVER: How an Ashley Madison user tried to recruit me to be Tom Cruise’s new love interest

Another website hack, another delicious personal essay about being groomed for sham Scientologist wifehood.

10) I had an account on Ashley Madison, but my husband only found out because our dog accidentally searched my name when he stepped on my laptop (Really!)

Some people won’t even search for their partners’ names because they have no reason to believe that they would cheat. There will be, however, people who discover the cheating in alternate ways, like maybe their dog accidentally step-typing their partner’s name into the data search field and hitting enter? Come on, it could happen.

11) This man received messages via Ashley Madison but never created an account. Now his marriage could be over because his cat died.

Fake and dummy accounts are as likely to exist in Ashley Madison’s data as people lying about having accounts. This piece will tell a woeful tale of identity theft, deception, and Fatal Attraction-level animal death.

This essay will explore the economic connections that Ashley Madison has to major industries and systems of power. Also, great SEO.

13) My Ashley Madison affair with presidential hopeful Donald Trump: the most tender lover I’ve ever had

This nonfiction essay will finally reveal to us the Donald underneath the Trump: a simpering, romantic oaf with a predilection for slowly and gently orally satisfying his lovers. It will murder him in the polls.

Diet and food habits infiltrate the most intimate spaces of our lives. The thesis of this piece will assert the connection between brain chemistry and the likelihood of cheating on a spouse, ultimately assigning blame for the writer’s actions on the machinations of neurons and synapses.

Plenty of users will be quick to justify their reasoning for having an account in an attempt to gain sympathy from strangers and loved ones. This writer will relate a very innocent and understandable reason: minions!

Who is the mysterious woman behind the lips and hand making the “shhh” gesture for Ashley Madison? Her audience will lose their collective shit when they find out. I smell a Pulitzer.

Her husband died six years ago. How is it possible that she’s having an affair with him? Her current, alive husband tells all!