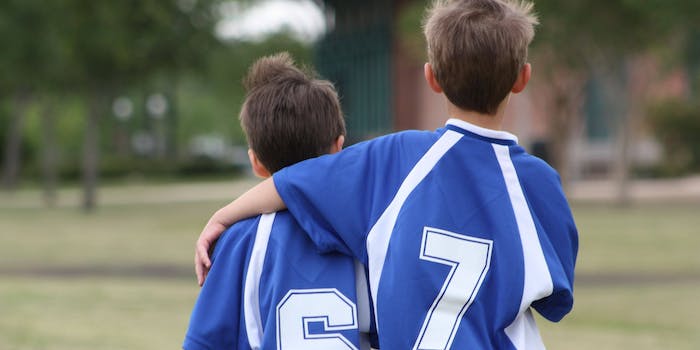 If he's as gifted as AS Roma thinks he is, Belgium may already be a favorite for the 2026 World Cup.

Italian soccer club AS Roma has signed a 9-year-old after finding his competition highlight reels on YouTube. The child in question, Belgian soccer prodigy Pietro Tomaselli, was previously in Belgian club R.S.C. Anderlecht’s youth academy before Roma discovered him.

In 2010 the University of Southern California caught flak for extending a football scholarship offer to a 13-year-old, but in the United States the signing of minors to professional sports teams is almost unheard of. In Europe, this phenomenon is not nearly as rare. Maybe it’s a Belgian thing—FC Racing Boxberg signed a 20-month-old toddler to a professional contract in 2013—or maybe Tomaselli’s game film is really just that good.

There’s no questioning that Tomaselli is talented, and if he’s as gifted as Roma is hoping these videos show, then Belgium may already be one of the early favorites for the 2026 World Cup.