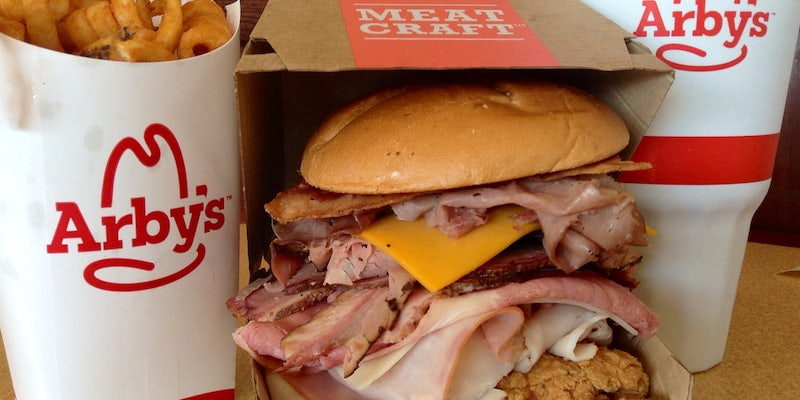 For decades, vegetarians in this country have found themselves embroiled in a war with a force by all accounts fiercer, stronger, and juicier than any of their tightly held ethics or morals. That war is with Arby’s, the restaurant that takes your colon for a thrill ride the likes of which it’s never known before.

But, as Arby’s recently announced, the chain will be extending an amicable hand to the vegetarian race and releasing a special, one-day vegetarian menu this Feb. 29, or “Leap Day,” a day so special and rare that even people who like to make meat sandwiches can be friends with people who don’t like to eat meat sandwiches.

It turns out that the Arby’s press release concerning its temporary veg-friendly menu is just a big middle finger extended unmistakably in the face of all those who like salads. The text of the menu offers all the regular menu’s typical items, “minus the delicious meats that make them sandwiches.” Here are two examples, italics added by Arby’s:

Loaded Italian Sandwich: Melted cheese, banana peppers, shredded lettuce, tomato and red onion, with red wine vinaigrette and garlic aioli on a toasted Italian style roll minus the thinly-sliced ham, succulent salami and delicious pepperoni that made this one of the most popular sandwich launches in Arby’s history.” 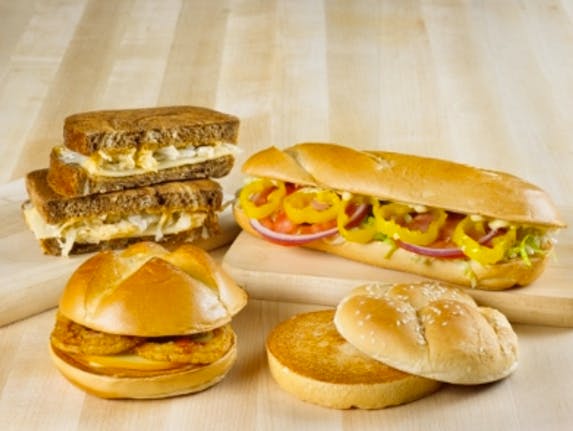 Because screw vegetarians and their desire to eat not beef. While much of the Internet is lauding Arby’s heroic trolling of vegetarians everywhere, some loyal acolytes are just confused.

@mashable @Arbys I love Abby's but this sounds fucking nasty as fuck.

In honor of leap year we'll offer a vegetarian menu as though it matters at all. Have fun social media 'journalists.'
Everything dies.
Arbys

Because not everyone understands the true mission of Arby’s: Make vegetarians feel weird about their choices, all the time, with the use of several meats. Photo via JeepersMedia/Flickr (CC BY 2.0)