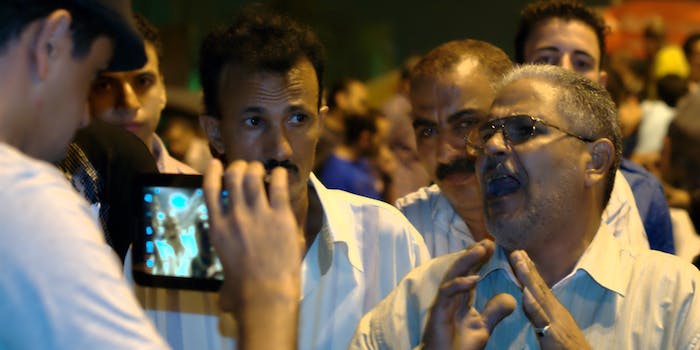 How the Arab Spring became the Middle East’s long winter

The costs of freedom that aren't easily communicated in 140 characters.

The situation in the Middle East is almost impenetrably complex and disconcerting. The United States is fighting with Iranians in Iraq against ISIS while U.S. allies simultaneously fight against the Iranian-backed Houthis in Yemen, all while the U.S. signs historic deal over nuclear development in Iran. Saudi Arabia is forming the largest inter-Arab military force seen since the 1973 Yom Kippur War to reclaim Yemen from the Shiite Houthis, all while demanding nuclear weapons of their own. Like Europe a century ago, the Middle East has become an interlocking system of alliances that is threatened by complete destabilization.

This is why it’s worthwhile to remember the events that led to much of this uncertainty, namely the Arab Spring. The uprising of protesters in nations across the Middle East has left the region more free to express their grievances but also more fragile and susceptible to unrest as the events in Yemen can attest to. As Egyptians continue to have their rights oppressed and Libya persists in its purgatory between tribal war and sovereign statehood, the news of the last few weeks might solidify the Arab Spring as less a fight for freedom and more a precursor to widespread war.

Like Europe a century ago, the Middle East has become an interlocking system of alliances that is threatened by complete destabilization.

The protests which started four years ago were heralded by Western commentators and leaders as a sincere revolution of the people but seems to have largely left the region as a whole less stable and less free. The use of social media by activists in particular was a guiding light for media coverage and made the events of 2011 all the more inspiring and possible. While no one should be forced to choose between war and oppression, it’s worthwhile to look back at the hype behind social media and the responsibility it shares for the situation faced by the Middle East today.

Many who talked about the uprisings in Egypt, Yemen, Libya, and Tunisia focused rather heavily on the impact Facebook, Twitter, and YouTube had on helping protesters organize and spread images of the protests (and their subsequent oppression).

Newsweek’s Mike Giglio called the protests a “Facebook revolt,” and Mic’s Saleem Kassim dubbed it a “Twitter Revolution,” stating that “social networks have broken the psychological barrier of fear by helping many to connect and share information.” As recently as this past October, BuzzFeed was compiling inspiring social media posts of Tunisians voting for the first time in their lives. Displaying exactly how far we’ve moved from the heady days of Tahrir Square, they even posted a quiz asking “Which Ousted Arab Spring Ruler Are You?” I got ex-Tunisian President Zine El Abidine Ben Ali.

And social media did have a significant impact on events during the Arab Spring and continues to up to today. Polls of Egyptians and Tunisians found that social media really did help protesters organize, with nine in 10 stating social media helped them plan protests. A University of Washington study conducted soon after the demonstrations began found “social media carried a cascade of messages about freedom and democracy across North Africa and the Middle East and helped raise expectations for the success of a political uprising.”

Just weeks after the massive protests in Tahrir Square that captured the world’s attention, U.N. Ambassador Susan Rice conducted a Twitter town hall in which she praised the use of social media, claiming that “the power of this technology, the power of social networking to channel and champion public sentiment, has been more evident in the past few weeks than ever before.”

But celebrating the Arab Spring as a victory for social media was oversimplifying the matter then and now seems naive.

Social media is noted for crafting narratives out of an echo chamber, but communities like Twitter and Facebook have a habit for navel-gazing and love to celebrate anything that has to do with social media. So the fact that activists were fighting for their freedom online certainly felt like a celebratory moment to be hashtagged and remembered as the dawning of a particularly 21st century-style historical narrative. But the focus on social media’s influence in the Arab Spring says a lot more about social media than it ever could about protests, uprisings, and revolutions.

Celebrating the Arab Spring as a victory for social media was oversimplifying the matter then and now seems naive.

The fawning nature Western media granted the protesters hid the complexity of the events as they were being spun out. Once #ArabSpring began to trend worldwide, any protests in the region became conflated with the inspiring images of Egyptians marching peacefully for their freedom to choose their leaders. But Egypt hasn’t really retained anything like that freedom; its first elected President Mohamed Morsi was forced out in a military coup less than two years after taking office and democratic efforts have been synonymous with questionable elections, with regular reports of systematic suppression of rights and expression.

The results elsewhere in the region are even more disastrous and have lead to the chaotic situation diplomats and world leaders face today. Libya, whose former president Muammar Qaddafi was murdered on YouTube, has been in some state of civil war since 2011, with most regions being controlled by tribal chaos than by any distinct form of government (this vacuum is being filled by ISIS which has captured towns in the Northern part of the nation).

Yemen’s uprising has led to nonstop states of war fueled by sectarian conflict and hatred of the United States’ prominent drone program, culminating in Iranian-backed Houthi rebels pushing out Yemen’s president and claiming power for themselves last week. Syria is now entering its fourth year of a brutal war that has claimed nearly 300,000 lives and started a region-wide refugee crisis with no clear solution. Even Tunisia, the country credited with starting this chain of uprisings, saw its worst attack by terrorists in 13 years when three ISIS gunmen walked into a museum earlier this month and shot 21 people.

What’s important to note is that each of these conflicts started as the sort of peaceful marches that captured the minds of Twitter and the new media. Even Syria, once called a “kingdom of silence,” saw peaceful civil disobedience and defections before all-out warfare began.

That is not to place blame on the protests for their eventual outcome—people should always have the right to demand more of their government and defend their own human rights. But by allowing ourselves to be blinded by the visuals of protests—combined with the novelty of watching a revolution unfold on your computer screen—we forgot what was really at stake.

The often frivolous nature of most content on social media allowed us to view the Arab Spring like one large Occupy encampment, full of gracious good guys facing down bad guys with riot gear. But the participants in these protests faced then and continue to confront very real dangers to both their own person and their nations as a whole. They were beaten, locked up, tortured, and killed by the governments they opposed, and their homelands now face more war and strife than they have in a generation, a cost for freedom that isn’t easily communicated in 140 characters.

By allowing ourselves to be blinded by the visuals of protests, we forgot what was really at stake.

The mere use of social media should not wield so much influence over our views of complex events with long-lasting consequences. The Arab Spring was always going to cause some chaos—a 2012 State Department report on the matter warned that “change often creates instability before it leads to greater respect for democracy and human rights.” And one could suppose that the recent events in Yemen, Iraq, and Libya of late are merely the birthing pains towards the sort of democratic machinations protesters fought for in 2011.

But as even the Obama administration struggles to understand who its friends and who its allies in the region are, Westerners should be wary of becoming wrapped up in the romantics of a digital revolution when region-wide war is at stake.

Photo via mbaudier/Flickr (CC BY ND 2.0)