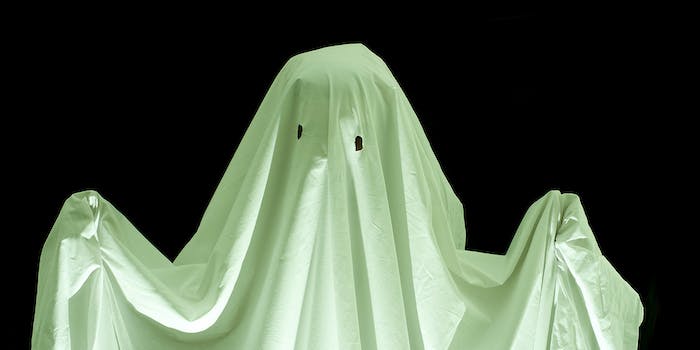 The Apple Watch scaremongering is just another Internet ghost story

The Internet wants to scare you away from the Apple Watch. Don't let it.

Can cell phones cause cancer? Will computer games poison our children’s brains with dementia? How about Wi-Fi signals leading us to a slow agonizing death? The answers to those questions are overwhelmingly no, no, and only if you’re a Verizon customer.

But that hasn’t stopped countless columnists, alternative health gurus, and Facebook memes from insisting otherwise, including most recently in the New York Times last Thursday, when Nick Bilton speculated about the dangers of wearable tech on the human body—dangers that were based on several studies on cell phone use increasing the risk of brain cancer. But even a not-so-close inspection of Bilton’s homework revealed that the evidence he used is shoddy and misleading, and that one of the sources he quoted, Joseph Mercola, is about as reliable a medical expert as Dr. Pepper. Bilton was rightfully criticized by various science writers, and a lengthy editor’s (apology) note now accompanies the piece.

But what should most infuriate us about articles like Bilton’s aren’t the specific fictions that they spin off about the latest Apple product or app. It’s the way they distract us from holding honest, informed conversations about how we interact with technology. And we should stop letting them.

We have a tortured relationship with our modern day conveniences. For all the wonders that a smartphone can bring and Google can search for, we’re justifiably curious about the influence they and other technologies have on our lives. Are they isolating us from one another? Is the Internet making us smarter? Dumber? Is social media suffocating us with its unrelenting microscope on our day to day activities? Those questions are decidedly complicated and demand some serious deliberation. This is probably why it’s plenty tempting to make up cancer ghost stories about the Apple Watch instead. Or lament the end of romance with the advent of Tinder and other dating apps. Or warn us about GMO frankenfoods altering our DNA. Or paint selfie-lovers as narcissistic deviants.

What ties together these tech-shaming scare pieces is their insistence that they’re just trying to convince people to be more responsible with technology. But really they’re more trying to convince us to run away from it with our fingers in our ears.

For the past few years, Susan Greenfield, an Oxford professor, has shared her concerns that increased autism rates are related to the rise of the Internet and that computer games could cause dementia in children; in her 2014 book, Mind Change, Greenfield explains that the brains of young people have been irrevocably changed by their lengthy screen-watching time, making them less empathic and less able to concentrate. All these claims are generally unsupported, and Greenfield has conducted no research of her own to prove them. However, that doesn’t seem to be the point of her diatribes, so much as it is to keep our children away from iPads and Facebook at whatever the cost. Something bad will happen if we don’t.

Lost in Greenfield’s equation is the reality that technology can enrich young children’s knowledge, with educational apps designed to be used on those heinous tablets, and even robots (!) being created to socially interact with autistic children.

There’s a general theme of ignoring those who stand to gain the most from a broader use of tech in these panic-stricken worries about our soulless techno-driven lives, namely already marginalized people. There have been activist groups coordinated over Twitter, local awareness campaigns circulated around the world through Change.org petitions, and once-isolated subcultures now able to form digital communities. Someday soon, there will be self-driving cars and robotic caretakers that provide mobility and company to the elderly (if A.I. doesn’t kill us first, that is).

None of these technologies have or will come without their own stumbles, and that’s perfectly fine. These are tools, and like any tool, they can be misused. But we shouldn’t slink away in fear of them; we should shape them to fit our concerns and needs.

I can’t help but think of those who tell women who get harassed online to get off social media or the oft-repeated mandate to never read the comments, when the actual solution is to make social networks like Twitter safer and to build websites that either prudently moderate or don’t even allow comments. Both of which have started to happen.

Similarly, we have to reckon with technology as it stands. And luckily, we’ve got plenty of customization available to us to do just that. If you want to limit your emoji use or Facebook scrolling for your own well-being, then feel absolutely free to. Just don’t let people shame you into doing so with starry-eyed recollections of how good things used to be—for the record, at least one study has found that couples who met online have greater marital satisfaction and break up less—and especially not with pseudoscientific crap about the bodily perils of technology, wearable or not.

Towards the end of Bilton’s article, he mentions that he plans to keep any kids he knows away from the Apple Watch. I hope that for his sake, the next generation teaches him that there’s nothing to worry about.