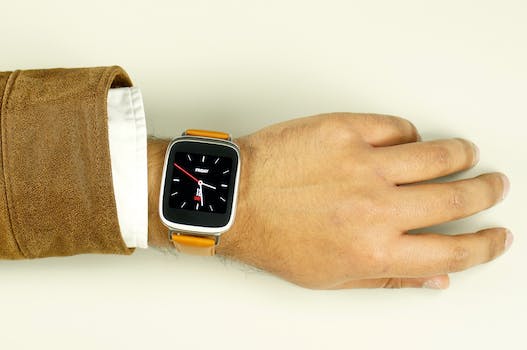 5 reasons 2015 will be the year of the smartwatch

With today's Apple Watch launch, the wrist is taking over tech.

I’m as reluctant to fork over my wrist to gadgetry as many other naysayers. In fact, I’m eating my words here. A little under a year ago, I proclaimed that wearables were 1) Basically useless, 2) Essentially dorky, and 3) Overly reliant on outdated wrist real estate.

It’s not that my 2014 self was completely off her rocker. Last year was flush with Google Glass hype, from those mysterious barges off the Bay to attacks on anyone sporting Glass in bars. Wired may proclaim Glass not quite dead yet, but I beg to differ: The intrusiveness of a face mounted device takes privacy rights by the neck and throttles them. I just don’t see it happening, ever.

That said, a quick jaunt around the Mobile World Congress in Barcelona last week convinced me that this is the year wearables, particularly smartwatches, are finally going to be cool and useful enough to visibly make it onto wrists everywhere.

Appearance is a critical tipping point with wearables, and yet another reason why Glass couldn’t take off: It’s literally impossible not to look like a doofus with them on. The wrist has always been a space for people to flaunt their flair, whether in the form of a glitzy watch screaming wealth, chunky artsy bangles proclaiming style, or grubby festival bands suggesting the wearer enjoys a solid party.

If smartwatches are going to take over the wrist, thereby displacing these fashion accessories, they absolutely must be fashionable. MWC showed me that manufacturers have finally gotten the picture; they’ve begun to produce a spectrum of models, each suggesting their own personality traits.

The classic business fellow looking to show off what he’s got is going to find the Huawei Watch unmistakably luxurious. Sony’s Smartband Talk is sleek simplicity in a wide variety of colors. It’s discreetly playful without sacrificing functionality: The e-ink screen means a seriously bumped-up battery life. Even the curved screen of the Samsung Gear S is looking surprisingly sharp. The curve finally makes sense here, wrapping comfortably to sit snug on your wrist.

2) The rise of the mighty notification

Notifications are going to take over the way we interact with smartphones, and apps will disappear into the background. Have you noticed how more and more of them are interactive recently? Notifications already allow you to “Like” a Facebook comment, RT a tweet, or check in somewhere nearby, all without ever opening the respective apps. This trend will synergistically multiply along with smartwatches.

Context, not content, is king in mobile these days. Notifications bring you information in a flow based on what’s most important to you right now, allowing you to make quick decisions on your wrist alone.

Picture this: You’re walking in your neighborhood when you get a ping on your smartwatch. A notification asks you if you’re hungry—because it knows you normally eat lunch around this time. It offers you two choices: a sandwich place you’ve rated highly in the past and a new Korean chicken joint. You tap Korean, and a map pops up guiding you a few blocks away. As you approach the door, another notification lets you know that there’s a 10 percent off special if you check-in, which you do with a tap.

While munching kimchi chicken wings, you hear a song that has you grooving. A tap reveals not only what it is, but also that the group is coming to town next month; a link appears to pick up tickets. You get another ping: A friend just checked in down the block. Tap to send her a link to the show and get yourself a concert buddy.

Because the majority of our decisions about what’s happening right now can be handled via notification, smartwatches are finally going to have a concrete, convenient purpose.

Pebble roared into March armed with a battery of announcements. Just before the Congress, they laid the groundwork with an early release of Pebble Time, the latest generation of their crowdfunded smartwatch, now featuring a timeline interface. Last Tuesday, the chicer version all clad in machined metal was revealed as Pebble Time Steel. It punches the battery life up to a whopping ten-day duration, creaming the current competition.

The part that’s truly innovative about Pebble Time, though, isn’t in the watch at all; it’s in the strap. They’re calling it “Smartstraps,” an open hardware platform inviting anyone with sufficient tech savvy to design smart add-ons in the form of watchbands decked out with sensors and custom electronics. We’ll definitely see heart rate monitors, GPS chips, spare batteries, and environmental sensors that can give ambient temperature and pollution readouts. It’s all about DIY and open-source innovation.

It might seem like a contradiction after the last point, until I namedrop Apple. Apple’s product launch took the Internet by storm today, with  a release date for the Apple Watch set for April 24. It’s not even up for debate: iFanboys are going to snap the gizmo up left and right.

Whether or not you’re aboard the Good Ship Apple, it’s undeniable that Apple-lovers are trendsetters. The Apple Watch is going to sprout up all over wrists everywhere, a visible push toward making smartwatches cool.

Knowing Apple, the Watch will most likely work gorgeously in conjunction with other Apple products and absolutely refuse to play nice with anything else. It won’t matter: The brand alone is enough to make it trend like hell.

5) Heart rate monitoring is the next big thing

Fitness trackers have caught a lot of flak lately. Ever since that University of Pennsylvania study came out declaring them no more accurate at counting your steps than a smartphone in your pocket, the Internet’s been bashing them left and right.

Manufacturers hear the glorified pedometer bell tolling loud and clear, and they’re adding a value that a pocket-bound device can never offer. Everywhere you looked at MWC, wearables were offering heart rate monitoring using LEDs to illuminate the blood flowing under your skin. This includes the aforementioned Huawei Watch and TalkBand B2, the LG Watch Urbane, the FitBit Surge, and the super sporty Garmin Fenix 3.

There are some concerns that light-based heart rate readings aren’t nearly as accurate as their EKG cousins. However, that won’t impede heart rate monitoring from becoming the next counting your steps.

Manufacturers are finally getting the smartwatch design right, and the mobile environment is ripe for a device that helps us make quicker decisions based on context. Even if you’re not enthusiastic about slapping on a smartwatch just yet, I give it six months before you find yourself wanting to tap your wrist along with everyone else.