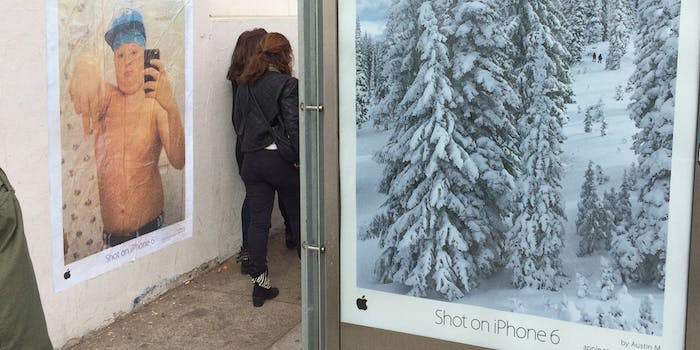 Also Shot On An iPhone 6

If you think those ‘Shot on an iPhone’ ads are too perfect, you’ll love this parody campaign

Nothing like a little mockery to take the edge off frustratingly unrealistic advertising.

Hilarious street art is popping up in San Francisco to mock the unrealistically gorgeous photos in Apple‘s “Shot on an iPhone 6” ads.

Apple’s ads are beautiful. They feature pristine photos blown up to billboard size, and they’re definitely grabbing eyeballs. The minimalist text at the bottom of the ad simply reads “Shot on an iPhone 6.” Some pictures are so striking that the text often serves more as a disclaimer about the visual roller coaster ride above it than as an ad for the iPhone itself.

Of course, normal iPhone owners’ photos never turn out anything like that. We must just be holding our phones wrong. You can’t just make a claim in an ad that isn’t true, right? They’ve got laws about that stuff, don’t they?

Luckily for us, the parody ads are here to poke fun at the real thing that we all envy.

Notice that big silly face stuck under the picture of a tranquil-looking person in a sweeping sunflower field? You should be able to make out the words “Shot on an iPhone 6” just below it.

Pablo Rochat and Fabio Benedetto are the cultural commentators and practical jokesters behind this pitch-perfect parody of Apple’s latest ad campaign touting its devices’ perfection. 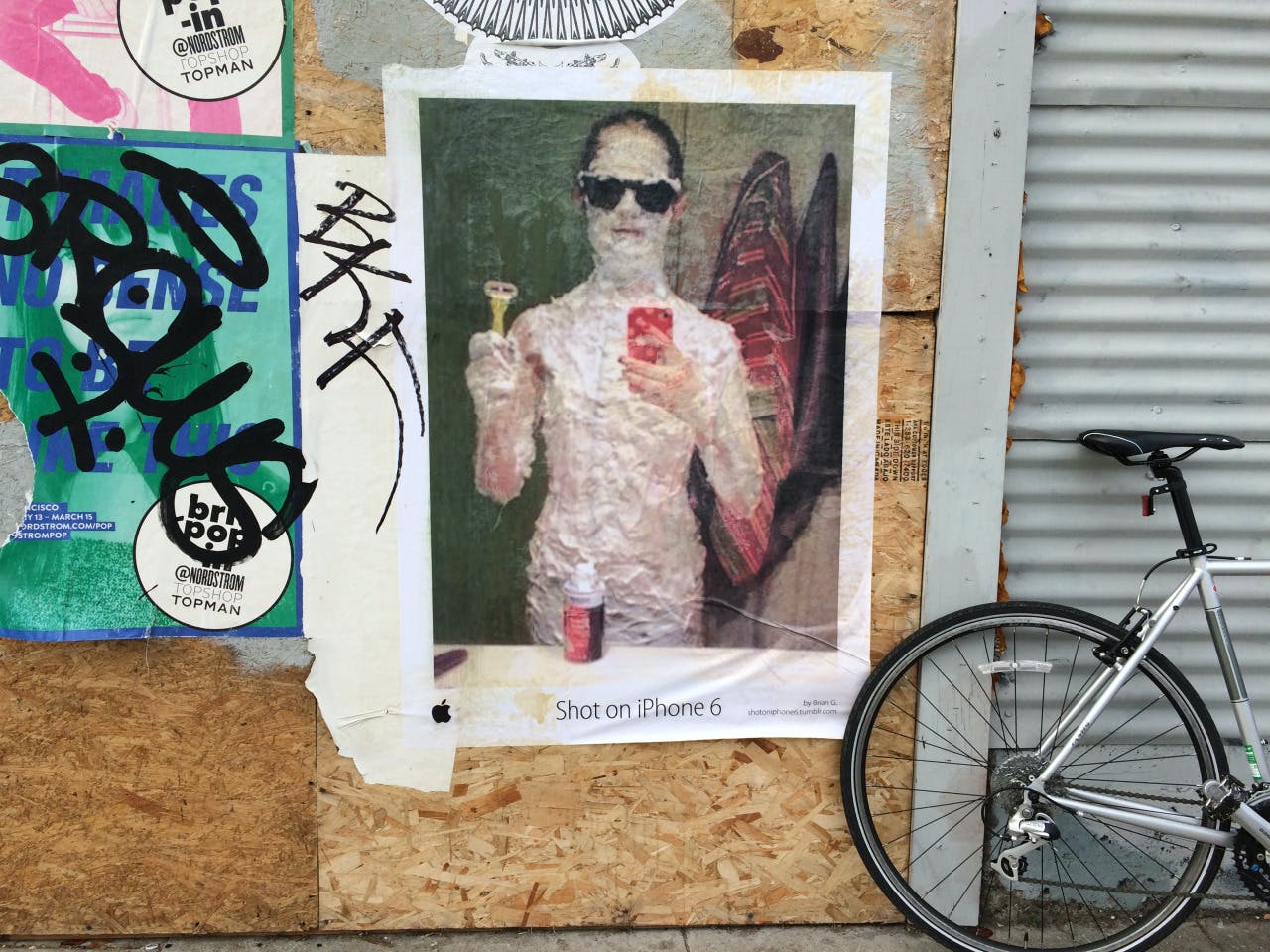 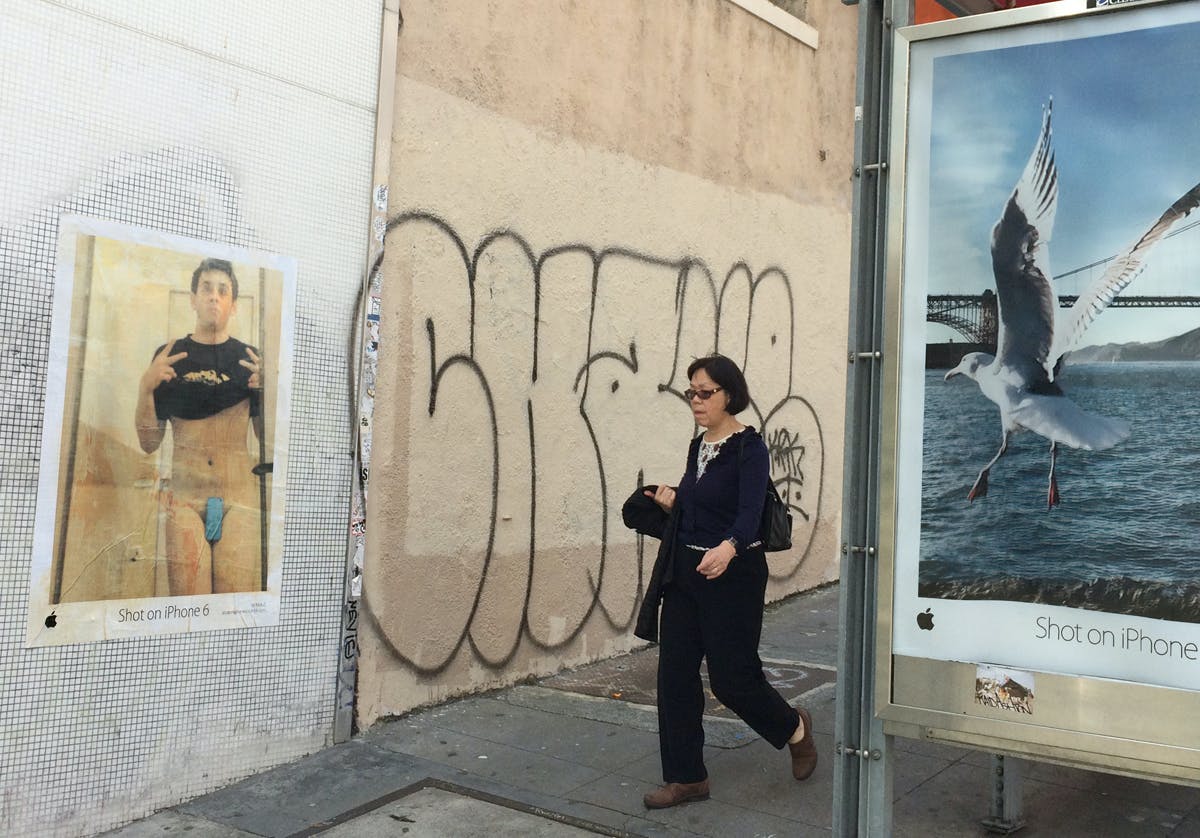 These photos capture weird, silly moments with a middling quality that should remind regular people of their own unimpressive photos. In a way, it’s reassuring to see that everyone has a camera roll this strange. 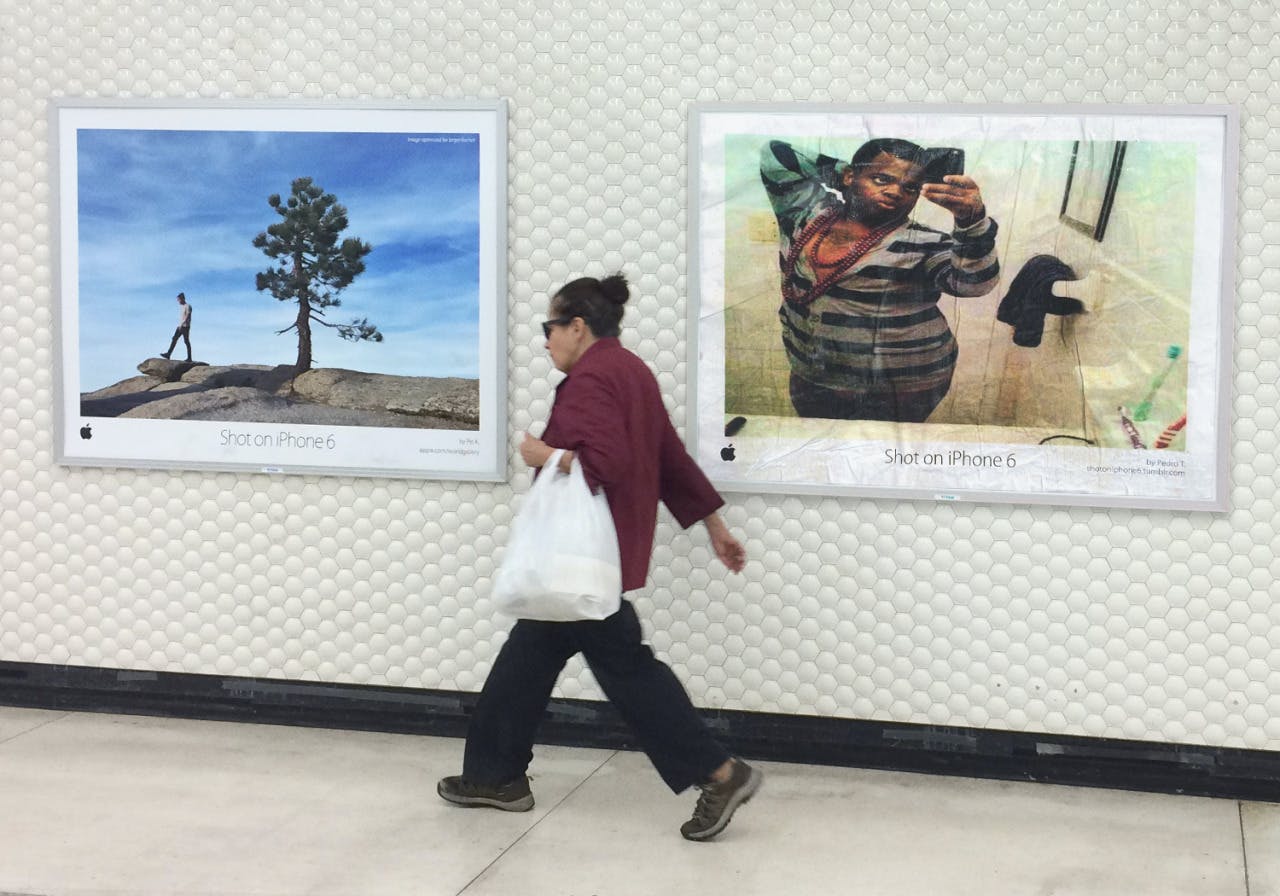 Here’s what the dastardly art duo said about their project in a statement to The Bold Italic:

“The iPhone 6 ads are all over San Francisco and we walk by them everyday. All the photos Apple selected for the campaign are beautiful. Our thought was that people don’t always take pretty pictures on their phones, so we thought it would be funny to show the other, non-beautiful, photos people take. We both work as creatives in advertising and love to make fun of our industry whenever we can. We put them up this past Sunday, mostly around the Mission, Castro, and Downtown area where all the iPhone 6 ads are.