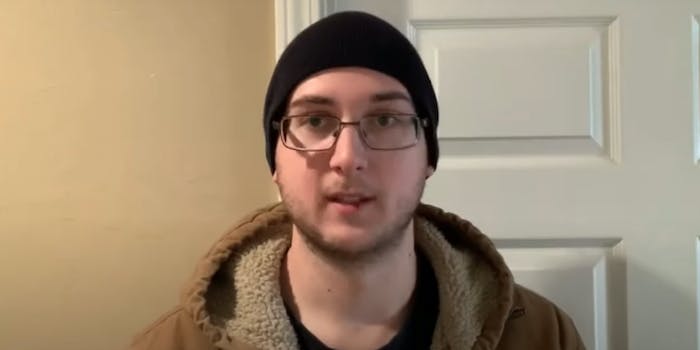 The YouTuber had detailed struggles with mental and physical health.

Apollo Legend, a YouTuber in the speedrun community, has reportedly been found dead.

Apollo Legend, real name Benjamin Smith, allegedly posted a “final” video, which was removed by YouTube for violating its terms of service, before authorities found him dead in his home on Dec. 30. A tweet from the Spectre Report confirmed his family was notified.

Though the video was removed, other channels re-uploaded it, many of them as a “tribute” to Smith. In the video, he details his struggles with physical and mental illness and conveys that he doesn’t believe there’s hope for him to get better.

“My mind and body are broken,” he says.

He also reportedly left behind a letter, posted by YouTuber Keemstar, in which he mentions two other speedrun YouTubers, DarkViperAU and EZScape, “for giving me the final push that I needed.”

DarkViperAU released a video Thursday, explaining why he was mentioned in Smith’s letter. EZScape tweeted on Wednesday, referencing the letter: “If anyone has contact to him or can reach out to him in any way please do. I do not want any harm to come Apollo’s way… please help.” Both YouTubers had previously posted videos critical of Smith.

Smith quit YouTube in 2019. Earlier in 2020, he was sued by disgraced Donkey Kong champ Billy Mitchell for a 2018 video in which Smith claimed Mitchell cheated.