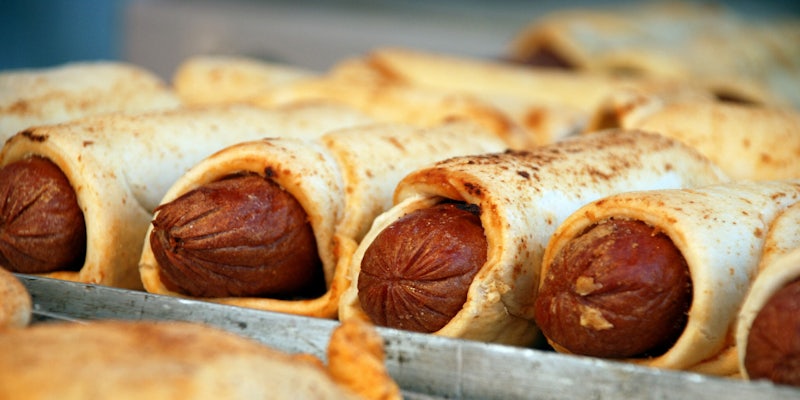 The anti-circumcision movement is gaining ground in America, despite guys like this trying to "help".

Male circumcision has become a hot topic of debate in recent years. Proponents of the procedure claim it’s harmless and increases cleanliness while lessening the chances of acquiring certain STI’s. Those against it say these claims are untrue, or at least exaggerated, and that circumcision is nothing less the male genital mutilation.

Now, YouTuber, and proud “uncut” man Daquan Wiltshire has decided to throw his two cents into the mix, in an expletive-filled rant, where he argues the case for “natural ass dick”

The billboard that Wiltshire refers to at the beginning of this video is owned by a group called Intaction (a play on the words intact and action) who argue that circumcision is an unnecessary medical procedure perpetrated on young boys, often babies, without their consent.

Here’s how Anthony Losquadro, the executive director of Intaction, explained the organization’s stance in a 2014 interview with Vice.

American society discounts the anatomical function of the foreskin. It is a natural body part that all mammals have, and it contains 20,000 specialized nerve endings, which serve an important function, and it’s very painful and stressful to remove it. It is primarily done in America and the Middle East. Europe, South America, and Asia-they don’t practice this. There it is the exception rather than the rule. Here in America, it is the rule rather than the exception, but that trend is changing.

Currently, the WHO (World Health Organization) claims that circumcision reduces the risk of HIV infection by 60% in heterosexual men, and recommends circumcision in places where the virus is especially prevalent.

WHO/UNAIDS recommendations emphasize that male circumcision should be considered an efficacious intervention for HIV prevention in countries and regions with heterosexual epidemics, high HIV and low male circumcision prevalence.

This recommendation has lead to free voluntary circumcision programs in certain African countries where the HIV/AIDS epidemics are at that their worst. But critics of these programs say they are falsely touting circumcision as protection against HIV, thereby making the problem worse.

One group called The VMMC experience project says HIV has actually increased since the implementation of these programs.

Western public health agencies are endorsing VMMC [Voluntary medical male circumcision] to curb the spread of HIV by 50–60%. To that end, they are actively misinforming Africans that circumcision is protective against HIV (the “surgical condom” myth). This false security is a leading contributor to the HIV epidemic today. In Malawi, the national HIV rate is reported to have doubled from 10% to 20% in the first year VMMC was implemented.

It’s also a fight that’s also been taken up by MRAs (Men’s Rights Activists), which is a bit like having your drunk uncle trying to convince your parents it’s okay for you to go to a party. Having them agree with you is the quickest way to make sure no one takes you seriously.

Wiltshire’s video suffers in the same way. He has some solid points to make, particularly when he talks about society unfairly categorizing uncircumcised men as gross or “dirty.” It’s just too bad he has to detract from these points by body shaming women, which, ironically, is exactly the type of behavior he’s railing against.

The problem with the video, and why it ultimately fails, is that Wiltshire is basically trying to do standup comedy. It has all the same beats and timing but lacks the crucial element of an audience. This has become a common way to achieve YouTube stardom. A well-rehearsed rant performed directly into the camera, featuring quick chopping editing and strong controversial opinions. Trae Crowder, the so-called “Liberal Redneck” has basically based his entire career on these kinds of videos. It’s something that would be known as “Nicole Arbor Syndrome” if anybody remembered/cared who that was. The difference between these rants and standup comedy is that, even if you disagree with what a standup comedian is saying, you end up giving them some small amount of respect for having the balls to say it in front of a roomful of people. Take that audience away and “edgy” humor loses all its edge because there’s no real risk.

It’s also hard to miss Wilshire’s prominently displayed/extremely confusing Instagram handle “TakeMyVcard.” If anything he says in this video, or any of his other numerous videos, is to be believed, he lost that card long ago. Maybe it would be better for the anti-circumcision movement, and it fact for YouTube, if someone took is camera away instead.