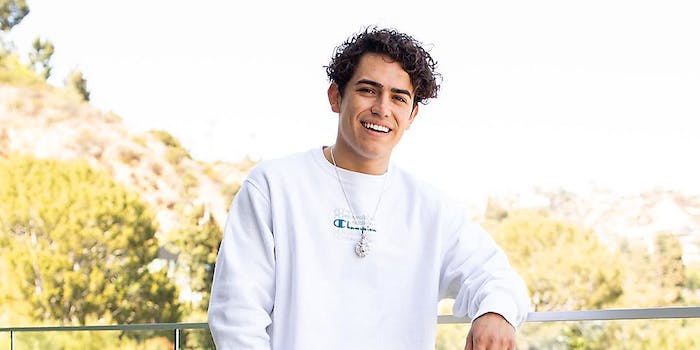 A woman was also fatally shot.

Update Aug. 2: Barajas passed away after being removed from life support, law enforcement confirmed on Saturday. A suspect in the shooting, 20-year-old Joseph Jimenez, has been charged.

Anthony Barajas, known on TikTok on itsanthonymichael, is on life support after a shooting at a Corona, California movie theater that left an 18-year-old woman dead.

Barajas, 19, was found by theater employees after a screening of The Forever Purge, critically wounded. Rylee Goodrich, 18, was reportedly declared dead at the scene, according to KTLA.

The shooting took place on Monday night, and only six tickets were reportedly sold for that particular screening. Corona Police Cpl. Tobias Kouroubacalis told KTLA: “We’re still taking a step-by-step process, going through every seat, going through every part of that movie theater to find any kind of evidence we have, and also asking for the public’s help at the same time.”

Barajas has close to 1 million followers on TikTok, and his last post was from a family vacation. His family set up a GoFundMe for medical bills.

Goodrich’s cousin told KTLA: “I want everyone to remember Rylee as who she is. That bright, young girl had so much of a life to live.” A GoFundMe was set up for Goodrich’s funeral expenses.