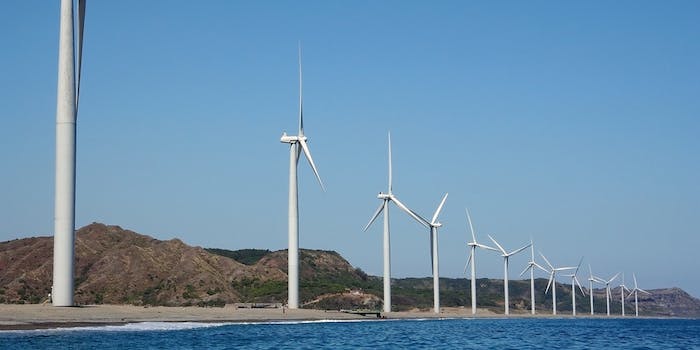 It seems ridiculous to blame any death on selfies, a craze that continues unabated despite being somewhat passé, but their connection to a pattern of freak accidents is striking.

In 2014 alone, there was the Russian teen who fell from a bridge, the Polish couple who plummeted from a cliff, the Indian boy who was killed by a train, and the Mexican man who accidentally (and fatally) shot himself. The latest addition to this list is Cheska Agas, a 17-year-old civil engineering student from the Philippines. Last Sunday, following a classmate’s birthday celebration, she and several friends went to the beach in the town of Bangui, where they staged a group selfie near the town’s famous wind farm.

Presumably distracted while taking the picture, the second-year students were struck by overpowering waves that carried them off. Agas drowned before she could be recovered. The rest survived, though a young man, Edgar Abian, was taken to a nearby hospital.

Yahoo! Philippines News reported that the evening had been a much-anticipated occasion for Agas: “Cheska’s mother revealed that her daughter had asked her permission to go to her classmate’s birthday party a month ago. She said that she had agreed because she thought Cheska needed to relax.” Officials said they would start warning people away from the water.