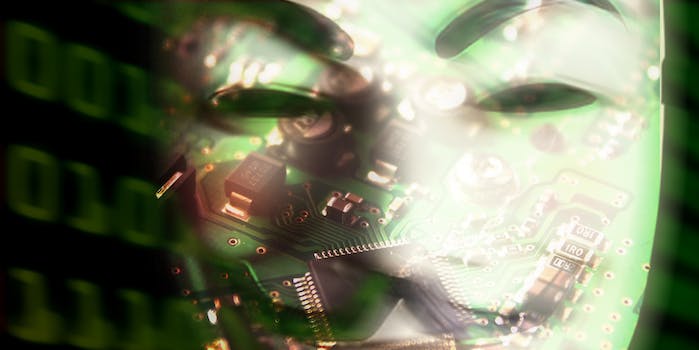 The documents on Internet surveillance that Anonymous leaked today have been available on the NSA website for some time.

The hacker collective Anonymous has leaked documents allegedly showing how the National Security Agency (NSA) has been working with major Internet companies to control the Internet for the past five years.

The only caveat is, according to Softpedia’s Eduard Kovacs, the documents Anonymous claims to have leaked today were made public years ago by the NSA.

Over the past two days, the NSA and the Obama administration have been embroiled in controversy after the Guardian and the Washington Post reported that tech giants like Google, Facebook, and Apple were working with the government to monitor Internet activity on an unprecedented scale.

The NSA’s PRISM program was launched in 2007 as a way to mine “the servers of the country’s biggest technology companies for the purpose of hunting spies and terrorists,” Time reported. News of PRISM comes less than 24 hours after the Guardian broke the news that the NSA was working with Verizon to legally track phone calls made by its subscribers.

The documents Anonymous claims to have leaked do not include the names any of the companies working on PRISM, nor do they explicitly mention PRISM at all. Instead, they contain a bunch of technical jargon, run-on sentences, acronyms, and details on the Global Information Grid (GIG) network. This network enables “the secure, agile, robust, dependable, interoperable, data sharing environment for the department,” states one of the documents provided by Anonymous.

While this network has caught the interest of news organizations like TechCrunch, a mountain of seemingly identical documents on GIG can be found directly on the NSA’s website. 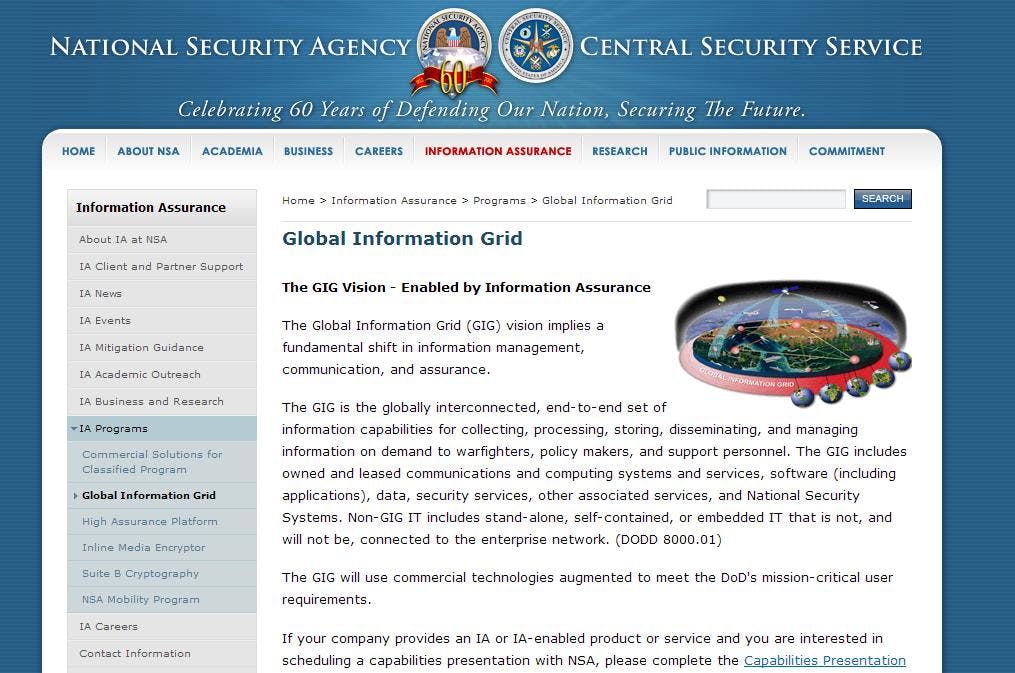 “The GIG is the globally interconnected, end-to-end set of information capabilities for collecting, processing, storing, disseminating, and managing information on demand to warfighters, policy makers, and support personnel,” the NSA states. “The GIG includes owned and leased communications and computing systems and services, software (including applications), data, security services, other associated services, and National Security Systems.”

A search for Global Information Grid on the NSA site turns up more than 3,200 documents, including a press release from Feb. 9, 2005, mentioning the network.

Anonymous watchdog Mandy Nagy has combed through many of Anonymous’ “not-so-secret” entries and has found other instances where parts of the documents were made public online.

“The content itself may be intriguing to some, for sure, and a little bit relevant in some instances, especially if you’re a geek like me who is interested in data and how systems operate,” Nagy added. “Maybe that’s what the takeway is supposed to be here.  Or maybe not.  It is Anonymous, after all.”

This wouldn’t be the first time an Anonymous leak has turned out to be a dud. In January, Anonymous was taken to task after one of its most influential Twitter accounts, @AnonymousIRC, claimed that a leak of hundreds of names and addresses attributed to the Witness Protection Program was actually a fake.

The Daily Dot has reached out to Kovacs for more details on his findings.