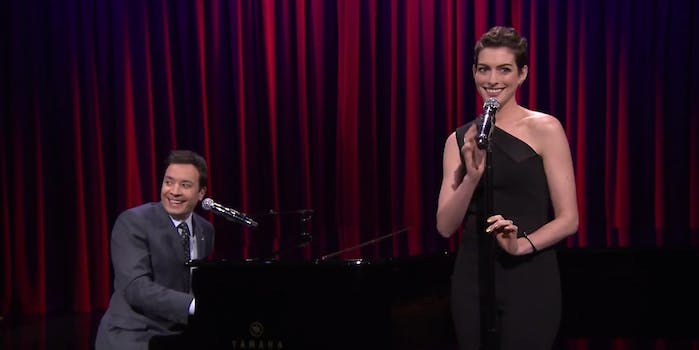 Some of rap’s biggest songs have been reimagined for the Broadway stage.

It’s just the latest musical collaboration from Jimmy Fallon and his celebrity guest on The Tonight Show. Anne Hathaway joined him on vocals as he pretended to play a piano for several Broadway show-stopping duets.

The result is similar to Postmodern Jukebox, which has rearranged everything from the Game of Thrones theme to Pitbull, and even Richard Cheese. You’ll know the tunes, but you’ve never heard them like this.

Hathaway even manages to get in one final message to her haters: don’t kill her vibe.