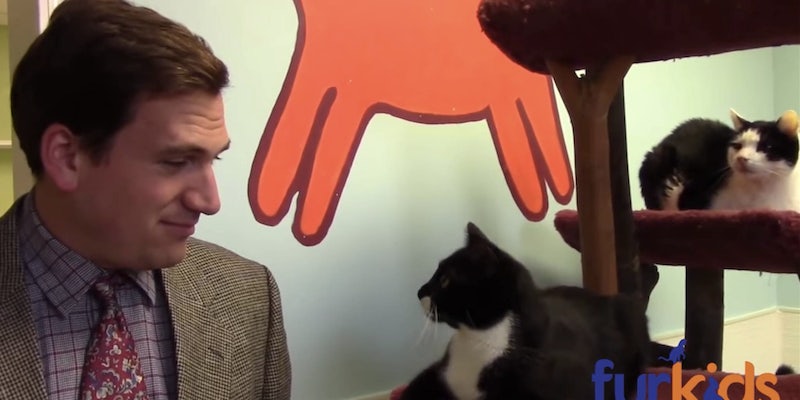 No one deserves to be put down more than cats (pun not intended there; we don’t want them dead, just taken down a few pegs), so three minutes of calling cats fat and lazy?

Atlanta’s Furkids Animal Rescue and Shelters wanted to put together an ad for all the available kitties they had (and by the looks of it, one dog).

An employee at the shelter enlisted her brother, Paul Preston, to star in the simple concept: Just kind of make fun of the cats for how dumb they all are.

They’ve got silly names. They sleep all the time. They don’t know how to use a window. Some don’t have tails. They eat food.

Sure, it’s not the best salesmanship technique, but it’s viral gold, with 1.6 million YouTube views after it wound up on Reddit yesterday. It also has one of the best South Park callbacks we’ve ever seen in an animal adoption video.

And that acoustic cover at the end? You’ll know it when you hear it.