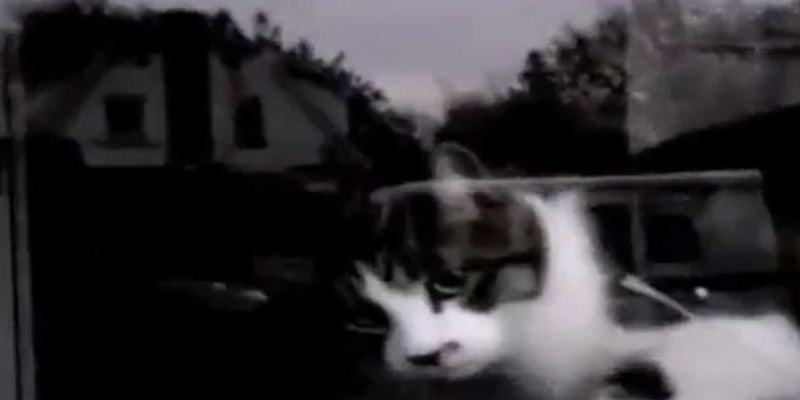 This angry cat knows exactly how you feel about junk mail

Nobody likes getting bills, it seems.

The age-old dispute between watchdogs and mail carriers is still raging with no end in sight, and the canines may now find they have the support of an unlikely ally: a tenacious cat.

In a clip from a recent episode of America’s Funniest Home Videos—hence the audience laughter—a mailman steels himself for his daily battle with a vigilant black-and-white kitty. Seeing him approach the house, he leaps to position behind the front door’s letter slot and proceeds to lash out furiously with his claws whenever the little flap opens. As you might imagine, it takes a while for the junk mail to make it in, at which point it was likely torn to shreds.

“Boy, he’s getting tougher,” the mailman admits when at last he’s delivered everything. No kidding: This encounter meant some new holes in the guy’s gloves, but give it another week and I bet this cat breaks the door down.

This is no isolated phenomenon, either. Ultimately, though, fighting the rising tide of mail is a losing battle, especially when you’re not quite tall enough to reach the slot:

If only Google’s spam filter was half as effective.