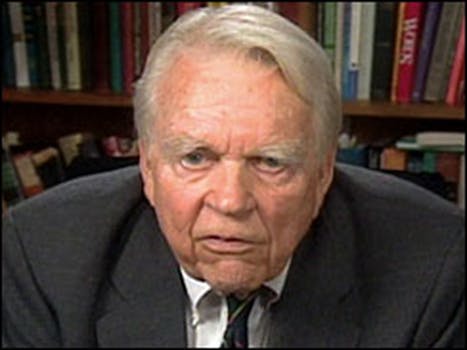 Andy Rooney doesn't step down until Sunday, but Twitter has already started the roast.

This Sunday, Andy Rooney will give his final performance as the elderly everyman correspondent on CBS’ 60 Minutes. The segment has been a constant since 1978, but Rooney gained a second kind of fame lately as an oft-parodied curmudgeon. Parody accounts and real people alike have taken to Twitter to pay their mock respects.