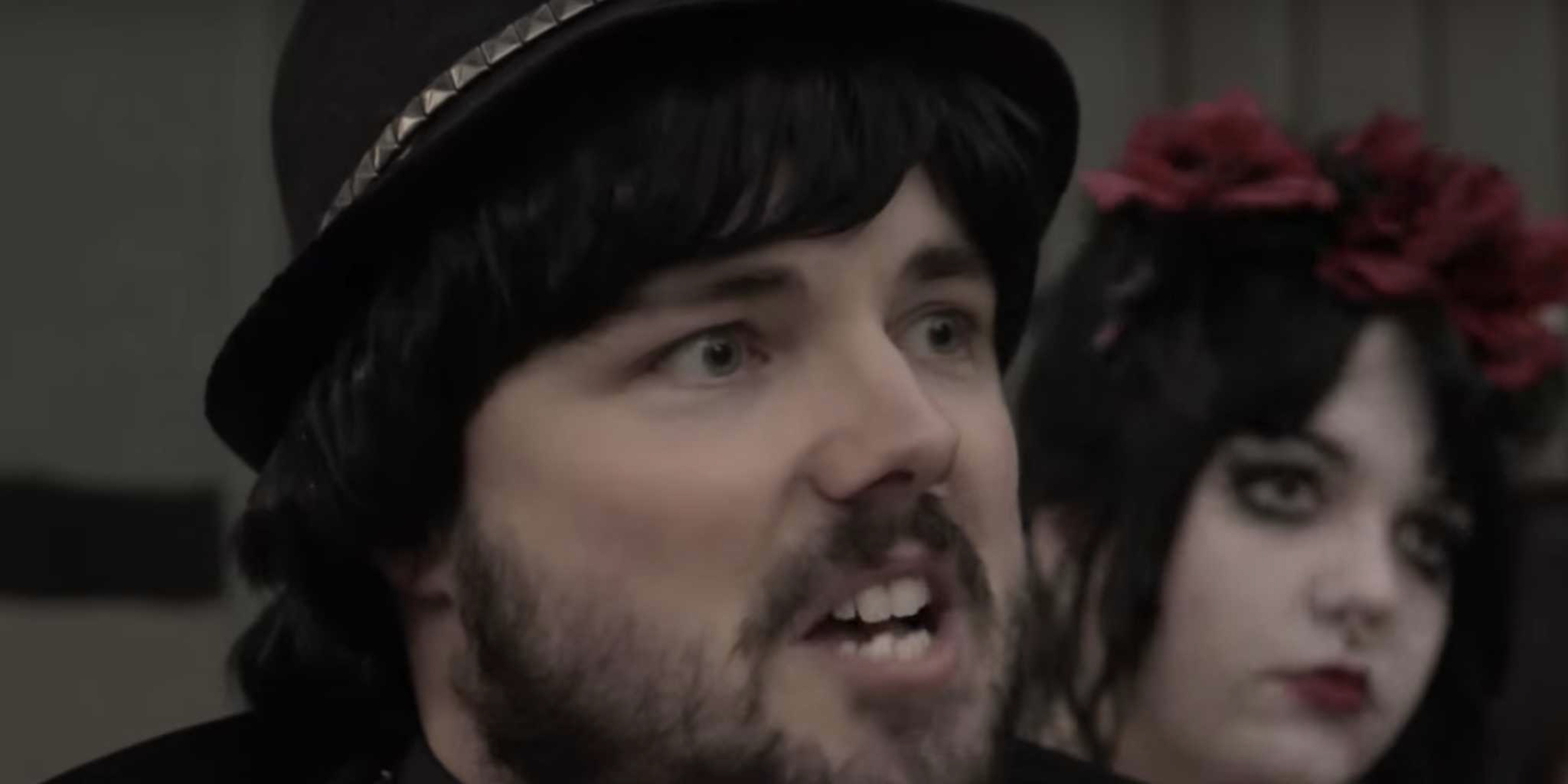 We talked to the comedian who faked that viral Satanist interview

Andrew Bowser may have just hit the big-time.

This week, the Internet went nuts over a purported interview with a motor-mouthed Satanist at the unveiling of an eight-foot tall, bronze, goat-headed Satan statue in Detroit. And rightly so—it was hilarious:

After doing minimal research, I discovered that the man in the video is, in fact, director/actor Andrew Bowser. When I spoke to Bowser on the phone, he told me that he wasn’t even at the Satan statue’s unveiling, and had edited himself into the news segment. When asked if he was actually a Satanist, he told me: “No, but I do have interest in the occult and supernatural things.” He hosts a podcast called Bizarre States with Jessica Chobot: They explore ghost stories, murders, and other spooky shit.

Meanwhile, his YouTube channel is a treasure trove of comedic and agitated character work in the vein of The Kids in the Hall’s Bruce McCulloch—with a healthy dose of geekery.

“Onyx is nothing but nerves,” Bowser said of his Satanist caricature. “He is nerves, anxiety, and regret. He’s nothing but adrenaline all twisted up with a lot of shame… the human embodiment of cocaine is a good way to put it.”

“The inspiration behind the character is that he’s a manifestation of my eighth grade self,” Bowser continued. “He’s a character I love, and I’m always looking for places for him to pop up. He would be in line to see that statue; it was a natural fit because he has such an interest in the darker things in life.”

It was something of a bummer to find out that Onyx is not a real person, but I’m still excited to see where he may pop up next. (I asked Bowser where that might be, but he said he wants it to be a surprise.)

When asked whether he wants people to think Onyx is real or whether he’d prefer people to know that an actor is a character, Bowser told me, “Honestly I don’t know… It’s important that he feel real. That’s why I trained him in that way. At the same time, if you look online, it’s pretty obvious that I’m a writer and director, and I do other characters and other bits… I do think Onyx works best when he’s framed in a found footage setting, when he feels discovered.”

In that case, mission accomplished.