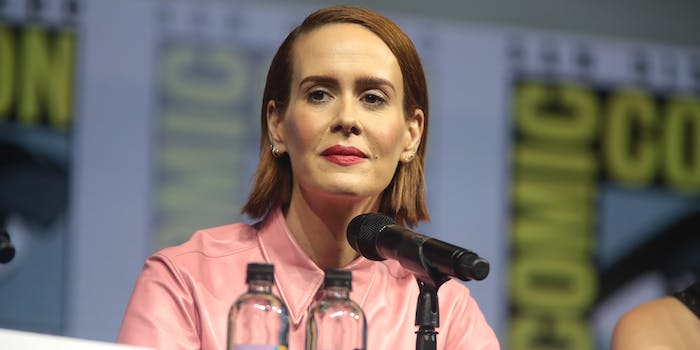 Fans are choosing between 'Bloody Mary' and 'Sirens,' with several actors weighing in.

American Horror Story creator Ryan Murphy wants fans to choose what the eleventh season will be about. After two weeks of social media polls, they’ve narrowed it down to two options: “Sirens” and “Bloody Mary.” Fans already rejected “Aliens,” “Xmas Horror,” “Piggy Men,” and “Plague.” Because really, does anyone want to watch an entire plague-themed TV show right now?

Murphy didn’t offer any cast lists or plot summaries for these AHS pitches, but as ever, it’s more about the vibe. American Horror Story: Sirens and Bloody Mary are already kind of self-explanatory (scary mermaids and, well, Bloody Mary), and fans are more than happy to weigh in:

There seems to be a definite favorite among recurring American Horror Story actors, with several—including Sarah Paulson, Cody Fern, Emma Roberts, and Jamie Brewer—voting for Sirens. Is this some blatant poll-rigging, or do they all just recognize the universal appeal of creepy mermaids? Either way, it looks like Sirens will probably win—which isn’t necessarily good news for the actors themselves. As Murphy pointed out on Instagram, this concept would require everyone to spend several months filming in a tank.