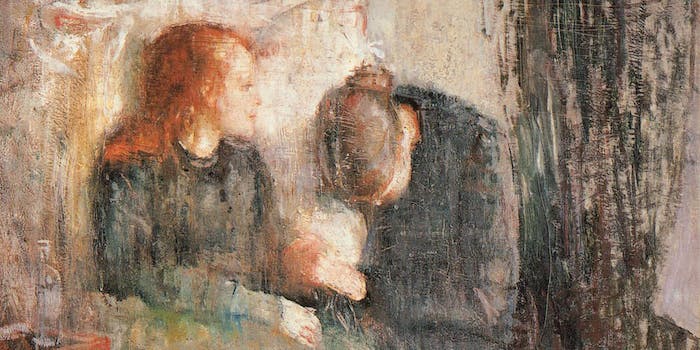 America’s sick leave policies fail workers. Here’s how Netflix and Google are getting it right

Obama's executive order is a step in the right direction, but Americans deserve better.

President Barack Obama celebrated this past Labor Day by issuing the first federal standards regulating sick leave. According to the executive order signed Monday, all federal contractors must offer their employees seven paid sick days a year—or one hour of sick leave for every 30 hours an employee works.

Similar to his order last January that contractors must pay their employees at least $10.10 per hour—a little less than $3 over the federal minimum wage—Obama is hoping to sidestep a stagnant Congress and enforce change on workplace policies by forcing those who wish to do business with the government to have a higher standard for their workers.

But even this recent change—though welcome—means the U.S. continues to be an international embarrassment when it comes to the sick leave it offers to employees. According to a comprehensive report from the Center for Economic and Policy Research, the U.S. is one of the only developed nations without a nationwide standard for all employers. (In South Korea, sick leave is privately negotiated as part of a worker’s contract, meaning that there are few federal guidelines on the subject.)

While countries like France, Germany, and the U.K. guarantee weeks—if not months—of paid sick leave per year, the U.S. guarantees zero.

One industry that has fought against this workplace culture norm is the tech sector. Famous for high-level perks like free organic lunches and even nap time, Silicon Valley firms offer European-style sick leave policies to lure in new workers and lead the way for an American economy drastically behind on this issue.

The U.S. continues to be an international embarrassment when it comes to the sick leave it offers to employees.

Many companies, like Google and Netflix, have embraced unlimited sick leave policies even though their home state, California, only mandates three sick days for the state’s employees. California is one of only four states (in addition to the District of Columbia) that have sick leave laws at all.

That law was passed in part by support from the Silicon Valley Leadership Group, a joint lobbying venture partnered with 375 of the biggest tech companies in the world. As SVLG CEO Carl Guardino argued in the push for the bill’s passage, a lack of guaranteed sick leave affects low-income workers far more than the kind of high-skill labor most associated with Silicon Valley.

In an op-ed for SFGate.com, an online publication from the San Francisco Chronicle, Guardino wrote, “Among American workers, 86 percent of us who are in the top 10 percent of earners have access to paid sick leave, while only 19 percent of workers in the bottom 10 percent enjoy such benefits.”

In fact, calling in sick at all is a luxury for most low-income workers—who either need the money they’ll lose from lost hours or potentially face expulsion for doing so. AT&T workers went on strike earlier this year after a new company-wide policy made taking more than eight sick days a year a fireable offense.

After a similar outcry from their employees earlier this year, both Walmart and McDonald’s—which employ 2.6 million Americans combined—rescinded policies that punished employees for getting sick. These regulations either forced employees to use an unpaid personal day before they can use any paid sick days or made them to use all available personal days before earning accrued sick days.

Although the benefit of national sick leave policies would largely benefit such low-wage workers, it is not the janitors and shipping agents Silicon Valley is attempting to lure when embracing modern standards of worker’s rights. Tech giants and “unicorn” startups are in an epic battle for high-skilled labor, one that has created a major influx of foreign workers traveling to the U.S. on rare worker visas known as H-1B’s.

Not only does the program lessen American productivity by giving foreign workers skills they simply take back home, but it puts American companies at a disadvantage as they compete for talent with European and Asian companies that are forced by their respective governments to offer sick leave to all employees.

It’s one of many reasons sick leave has been rightfully heralded as the next frontier in the fight for worker’s rights. The Obama administration has promised to push for federal legislation mandating paid sick leave for American workers, not just federal contractors.

However, it seems far more likely that industry standards will have to change in order to lure in foreign talent. A Georgetown University report found five million high-tech jobs will go unfulfilled due to a lack of skilled American workers to fill them. This future gap will be filled by skilled foreign workers, and Silicon Valley will do anything to entice them.

While countries like France, Germany, and the U.K. guarantee weeks—if not months—of paid sick leave per year, the U.S. guarantees zero.

This is likely the reason behind Microsoft’s recent policy change. Last March, the software giant announced that it would not only guarantee 15 paid sick days per year for its own employees but that it would force its 2,000 contracting companies to do likewise.  According to the company’s general counsel, Bradford Smith, “employees who do get these kinds of benefits are far likelier to be happier, have higher morale and are far more likely to be productive.”

But Microsoft—which employs 99,000 people on its staff—recently laid off 7,800 workers, mostly from its mobile phone division. Even as they cut back, however, they’ve been pushing for an extension of the H1-B program, proving their desperation to attract foreign talent.

While that might sound like bad news for the American worker—and it certainly is for those 7,800 employees and their families—the movement for sick leave policies among major companies could affect change throughout the economy in the face of a federal government that refuses to make headway on the issue. During the president’s recent push, Congressional Republicans predictably balked, citing increased costs to small businesses (though an analysis of Connecticut’s sick day law shows minimal costs to any business).

This is not to say these corporate policies are perfect. Unlimited leave policies, like Google’s sick plan and Netflix’s recently announced maternity leave policy, only extend to competitive, high-skilled positions. Netflix’s much-lauded reforms actually leave out hundreds of low-wage workers—like the employees that work in Netflix’s DVD distribution centers.

Likewise, Amazon has been fighting accusations that it punishes lower tier blue-collar and white-collar workers. Reports from the New York Times, the Guardian, and Mother Jones all found grueling work conditions at Amazon’s fulfillment centers and its Seattle headquarters—with workers regularly punished for taking off for illnesses, family tragedies, and even frequent bathroom trips.

“You are recruited every day by other world-class companies,” Amazon CEO Jeff Bezos wrote in a company memo responding to the allegations, “and you can work anywhere you want.”

“Unlimited” leave could also be a ploy to see which employees take advantage of the policy. Instead of guaranteeing a standard of sick leave, goes the argument, companies like Netflix could be luring “lazy” workers into outing themselves by taking too many sick days—a standard of a certain amount of sick days would be much more transparent. Although Amazon supposedly offers two weeks of sick or personal leave in the first year of employment, former employees claim to have been fired if they actually use it.

While tech companies like Microsoft can lead the way, others like Netflix and Amazon show why a federal initiative is necessary to handle this complicated and personal issue. Sick leave is a right of every worker, regardless of pay or industry, and relying solely on private industry to enforce that right will only worsen the worker atmosphere in Silicon Valley and across the economy.

It’s fine if the president wants federal contractors to raise the bar, but at some point, our government will have to lead by example.