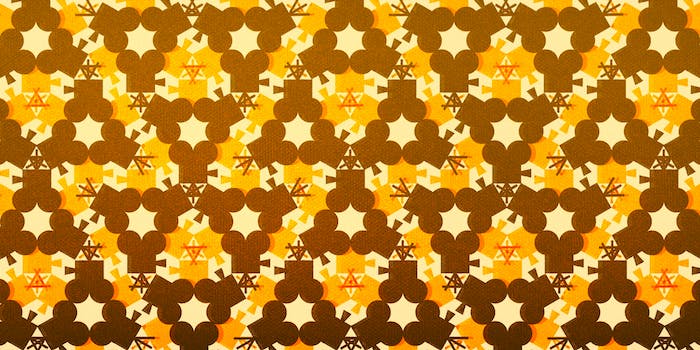 This is a terrifying glimpse into the American workforce's robot future.

Online retail giant Amazon is embroiled in yet another controversy about the company’s rather absurd standards for its workers. This past weekend, the New York Times released a scathing report about the company’s practices in its Seattle headquarters, where white collar workers are forced to work long hours with little sick or family leave. The article describes a woman being put on performance improvement plan after a miscarriage “to make sure [her] focus stayed on [her] job.”

“If you’re a good Amazonian,” one anonymous worker said, “you become an Amabot.” That is, you deny yourself the privilege of getting sick, facing tragedy, or making mistakes.

In other words, Amazon wants their workers to be more than human and intends to reach that goal by treating them as subhuman. The sad truth is that Amazon, like many other companies with high turnover rates, are functionally awaiting the full automation of their workforces. With such a mentality, you don’t need to treat your human workers like humans because—sooner than most of us expect—they won’t be.

If all of this sounds familiar, it’s because Amazon has frequently faced criticism for the working conditions in its “fulfillment centers,” otherwise known as shipping warehouses. Former packers have described the warehouses that make Amazon’s business model possible like a “prison,” with Mother Jones reporter Mac McClelland describing her own experience working in one as a “brief, backbreaking, rage-inducing, low-paying, dildo-packing time.”

Amazon wants their workers to be more than human and intends to reach that goal by treating them as subhuman.

Much like its white-collar workers, Amazon holds brutal standards of efficiency for its warehouse workers, measuring their productivity with electronic sensors and keeping comforts to a minimum. At one Pennsylvania center, ambulances waited outside for collapsed workers because the company refused to install an air conditioner, forcing them to work hard labor in over 100-degree heat.

This high-standard for workers should rightfully make those employees feel like a placeholder for the machines with which Amazon fully intends to replace them. In 2012, the company purchased Kiva Systems, a robotics company specializing in shipping-and-packing robots, for $775 million. Now known as Amazon Robotics, the lab has perfected small, orange Roomba-style robots that carry your books, diapers, and iPads across warehouse floors with mathematical specificity. Combined with robotic arms similar to those in an automotive plant, very little is required of human workers. CNET calls the Kiva bots “Amazon’s busiest employee.”

The road to automation for the kind of workers described in this week’s Times expose is less obvious but no less likely. Many workers in Amazon’s marketing, logistics, or HR wings might not expect they, too, could be replaced by software, but that is precisely what most economists predict will happen—and soon.

A 2013 Oxford University study found the jobs most likely to be replaced by software or machines are mostly white-collar workers. And it’s not just the pencil pushers: I’ve written before about the coming wave of management software that can help executives choose who to hire, who to promote, and who to fire, rendering many of the middlemen and women that make up a company like Amazon mostly irrelevant. In fact, nearly half of all U.S. jobs are expected to be automated in just 20 years.

The lab has perfected small, orange Roomba-style robots that carry your books, diapers, and iPads across warehouse floors with mathematical specificity.

Amazon knows this and, unlike most American employers, does not fear it. As it’s already shown in its warehouses, the company does not fear maintaining a work culture based on intimidation and crudely high stands for its employees until such day those employees are no longer necessary. After all, Amazon has beat Walmart as the world’s largest retailer precisely because it runs an efficient operation free of much human interaction. Walmart employs 2 million people, compared to Amazon’s 150,000—though the latter has regularly beaten the former in sales and growth.

And it’s far from the only company thinking this way. Foxconn, the Chinese manufacturer of many electronic devices, including iPhones, has faced persistent international backlash over the working conditions of its employees, who so regularly leapt to their death from the factory windows the company installed a safety net. Foxconn responded to the criticisms with some minor reforms but also an extensive plan to invest millions in robots that can build your iPhone for you.

While many of its workers joined nationwide strikes for higher wages, fast food giant McDonald’s has made advancements in automating many of its restaurants in order to improve efficiency, while simultaneously quelling the PR nightmare of its workers’ protests and the company’s flagging sales figures. Travis Kalanick, CEO of Uber, has likewise responded to protests from its many drivers by expressing a strong desire to replace them with self-driving cars.

Such decisions reek of a corporate culture happy to abuse workers while paying them less, all in the name of preparing for the productivity numbers they can expect from workers that never get sick or complain about their wages. This week’s report from Amazon is depressingly unsurprising and in line with everything we already know about Amazon’s goals. The inevitability that many of the workers featured by the Times will be replaced by software is simply the next phase of the company’s development.