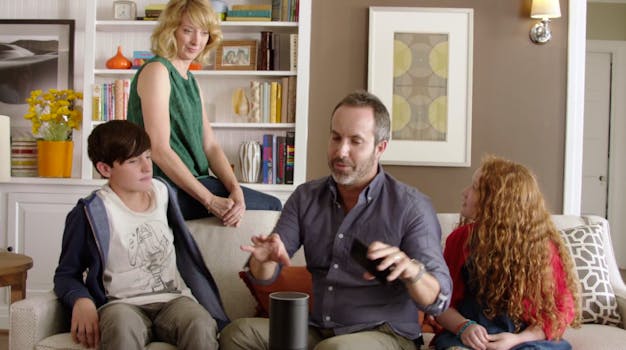 Here’s a much better ad for the Amazon Echo

The new product is already getting some improvements.

Alexa’s getting an upgrade.

Amazon just introduced the Echo, its latest home-tech venture, and people are stoked. Part speaker, part portable Siri, it’s supposed to help organize your life and aid you with whatever whim you can imagine short of physical movement—although we’re not sure what happens when you ask it where to hide a body.

Too bad it got paired off with a terrible commercial that’s at least two minutes too long with a rather insufferable family who’ve chosen “Alexa” for the device’s trigger word.

Thanks to some editing from Barry Mannifold, the Echo got a new language chip and an opinion. No longer is the machine the human race’s obedient slave. No stupid question is forced to be answered, although it can’t stop the family from asking them.