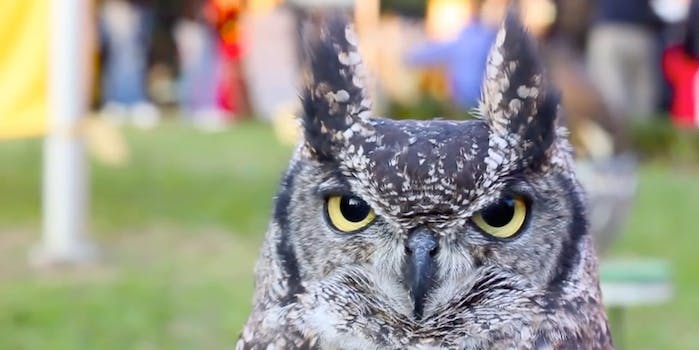 Harry Potter-style owls and a Jetsons parody hit the Web in less than a day.

Just over 12 hours after Amazon CEO Jeff Bezos revealed his company’s intention to create a drone delivery system on last night’s 60 Minutes, the parodies are arriving about as quickly as the drones’ proposed delivery time.

A parody Twitter account quickly appeared and gained more than 5,000 followers by joking about sending someone a Nickelback CD and calling drone delivery the lesser of two evils when compared to a giant T-shirt cannon.

And no, Amazon won’t deliver tacos to your door.

But the early drone spoof winner is U.K.-based bookstore chain Waterstones, which quickly fulfilled a generation’s childhood fantasy and one-upped Amazon: Why have robots deliver packages to your door when you could have owls?

Called O.W.L.S. (Ornithological Waterstones Landing Service), it it sounds like something straight out of Harry Potter—and not just because of the conveniently-spelled acronym. But, as Waterstones pointed out in a blog post, how exactly is that a bad thing?

The entire post is full of cheeky gems including reassurances that this won’t turn into a reenactment of The Birds and that O.W.L.S. can’t hurt humans due to Asimov’s laws of robotics.

You thought we were joking about the O.W.L.S? If you haven’t seen the video yet, it’s here: https://t.co/wN2m1xuH5s pic.twitter.com/N5a2i109uc

If Amazon’s drone announcement is more than just a perfectly timed Cyber Monday stunt, though, we’ll all be living in a world that’s a little less Harry Potter and a little more The Jetsons.