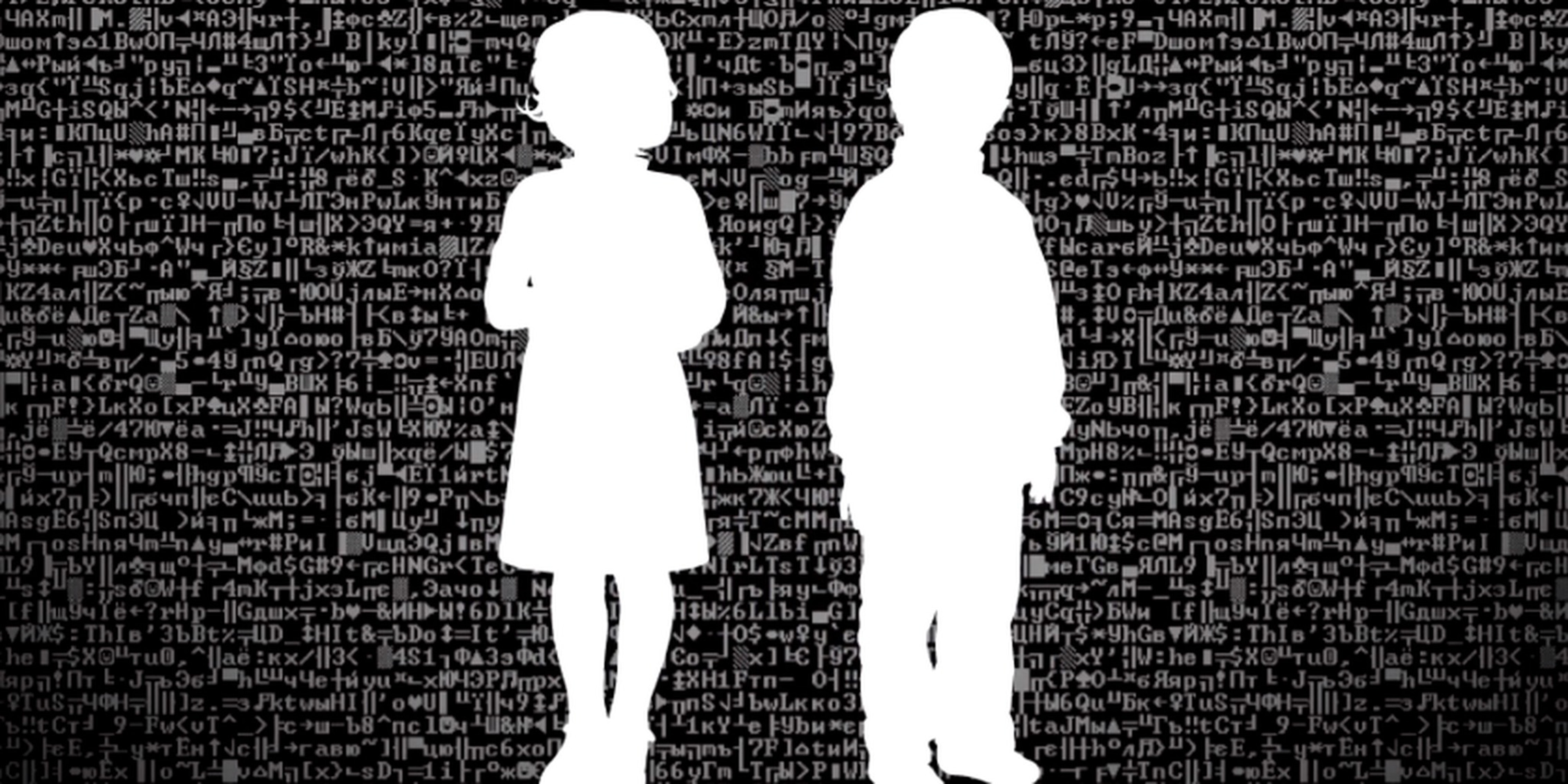 Anonymous is targeting every pedophile hub on the Web

In corners of the Internet that will make you ill, pedophiles wait to receive an onslaught of DDoS carnage.

In corners of the Internet that will make you ill, pedophiles wait to receive an onslaught of attacks.

It’s Alice Day, a public “pedophile pride” day inspired by the relationship between the author Lewis Carroll and his young muse, Alice Liddell, for whom Alice in Wonderland was written. April 25 is supposedly the day in 1856 that Carroll met 4-year-old Alice, sparking a lifelong infatuation.

In one pedophile’s own words, republished on a predator watchdog site, April 25 is a day to “rejoice in the gift of girllove and affirm the ideal so aptly typified by this special relationship.” In 2013, it’s also the day the hacker group Anonymous plans to bombard a long list of online targets with DDoS attacks, leaking suspects’ personal information and defacing their websites.

Anonymous began on the troll hub 4chan as a moral-free prank squad; it’s since evolved into an amorphous group of vigilante justice crusaders. Determined the town of Steubenville, Ohio, was attempting to cover up rape allegations against two high school football stars, the hacktivists campaigned on Twitter and Facebook and brought the town into the public eye. The group has also led doxxing efforts against kitten-tormenting teens and the suspected blackmailer behind Canadian teen Amanda Todd’s suicide.

I spoke briefly with one organizer of the event, which took the hashtag #OpAliceDay on Twitter. He told me it was business as usual—doxxing, defacing, “and having a little fun along the way.” The campaign has hundreds of followers on Twitter, many of whom changed their names to #OpAliceDay in support.

April is child abuse awareness month. It’s also “the month in which child rapists/molesters/’lovers’ reserve for their special ‘it’s okay to sexually assault children’ day,” warns a 2010 article on Yahoo! Voices with the headline “WATCH YOUR CHILDREN.” “Pink is NOT the color you want to dress your girls in either. Pink is their attraction.”

On numerous unnameable forums, where adult men chat publicly about their love and affection for young girls and boys, users post about how they plan to celebrate Alice Day—often by wearing pink and spending time in parks to “LG (little girl) watch.” Some might hand out pamphlets about CL, or “childlove,” in an attempt to decrease stigma against and raise awareness of what to them is a significant social movement: pedophile pride.

These men claim they would never physically abuse or rape a child; it would be anathema to the childlove philosophy. They want to cuddle, kiss, hold, and otherwise express their affection for children—and if they can’t in person, they’ll do it from a distance, emboldened by Alice Day.

“I guess I will be doing what I do everyday, just hangout with friends and maybe if it’s nice out, skateboard a bit etc,” a man named FreeThinkerGL wrote in 2009. The quote was picked up from a pedophile hub by a watch blog called Lindsay Ashford. “I don’t have a LGF so I won’t be spending anytime with little girls or boys.”

I think the t-shirt thing is just to wear any kind of a pink shirt on Alice Day. That way if any asks if you’re a pedo, you can claim you have no idea what they’re talking about…and how dare they insinuate such a thing! lol.

I will be spending the day at a local market filled with beautiful LG’s. Kinda boring, but I will at least be wearing a pink t-shirt. I doubt anyone will catch on, but you never know ;-)

And Aladdin Truelove claims to have coined the term 15 years ago:

I am the one who suggested the name “Alice Day,” way back on Ianthe’s email list, in 1998. Feels good to be back in the land of the living!

These quotes are all three or four years old now, but the philosophy on these public forums is still ongoing and no less disturbing. Recently, followers of those pedophile hubs have taken their Alice Day preparation offline. On one forum Anonymous pointed me to, the only apparent threads about April 25, barely noticeable in conversations about watching children (possibly their own children) sleep and nudity-filled European ’70s flicks, warn against the march of Anonymous.

“I think the admin are aware of this,” the subject of one thread reads. The follow-up comment—by a user whose signature image is a drawing of a little girl in a dress, blowing bubbles in a field—sounds scornful:

“They could be patching their servers,” shrugged the Anonymous source when I mentioned it.

Whatever these sites do in defense, they won’t stand a chance.

Anonymous released its full list of targets Wednesday evening. The hackers have a system, explained in a Pastebin doc:

Each website got a Number. @ReportApedo will tweet when to go pew pew on a certain website using its number to identify it. Feel free to deface, dos/DDos, hack these websites whenever you want to. But when firing we need everyone to fire at the same target at the same time. Additional targets might be added and everybody will be notified. We will start attack right at 01:00:00 p.m. Thursday April 25, 2013 in GMT. … The Op will continue all day and we will be posting our old d0xes on pedos in addition to TangoDowns and Defaces. Our primary goal is to take target #1 down and we won’t stop firing until it is down.

Target No. 1 is a Russian-hosted imageboard filled with password-protected albums such as “boy Self pics” and “girls in the bathroom.” Target No. 2 is a “free bookmarking & blogging platform” with “sex” in the URL. Target No. 3 is a popular porn-streaming site with the tagline “where anything legal stays” and the unfortunate reputation for lax security measures against user-submitted underage content. (In talking to the Anonymous source, this is the one he seemed most excited about taking down.) Another is a North American Man-Boy Love Association page. Other sites on the list include nauseating URLs with variations of “teen,” “junior,” “models,” “9 to 12,” and “jailbait.”

We’ll update you as the online carnage unfurls. But Anonymous is quick to remind witnesses that behind the fun, though, the exposure is meant to deliver a message to anyone in the position to protect a child on Alice Day. Anonymous’s recruitment video for #OpAliceDay closes with this line of warning: “Watch your children and be extra vigilant. … April 25 is like Christmas to them.” 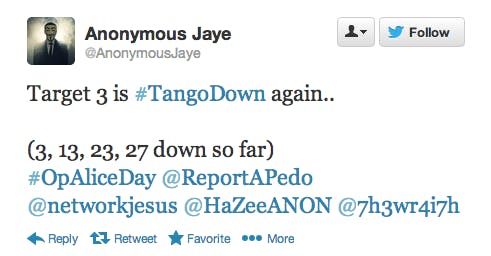 Other supporters are lending a hand on Twitter by releasing information on as many sex offenders as possible.