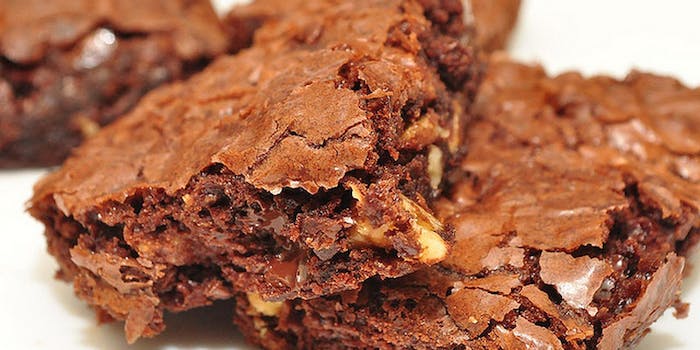 The true story of how one man found the Answers.

There is no single path to enlightenment. One person may find transcendent truth through meditation, while another may use surfing— catching waves and fresh ocean air. As for the man with all of the answers? It was a matter of chocolate, hash, and three days of sleep.

Alex Trebek, host of the TV game show Jeopardy! and eternal foe of Sean Connery, is that man—the wisest of the wise. And in an interview with radio personality Howard Stern this week, he revealed his youthful experimentation with drugs. Living a chaste life in the vague hope of going into politics, the young Trebek rarely partook in the excesses of his peers, having only tried pot and cocaine once each (on separate occasions).

Mix chocolate and hash, however, and Trebek will suddenly see the entire world in the form of a question.

“I went to a party at this home in Malibu … and they had hash brownies—I love chocolate. And I ate four or five hash brownies,” Trebek told Stern and his co-host, Robin Quivers, who clearly understood the potency of edibles. “The party was on a Friday night; I didn’t leave their home until Monday morning.”

Trebek’s head spun into a psychedelic montage of  go-go dancers, tie-dye spirals, a clock (for some reason), a vision of a board with topics and answers with designated dollar amounts, the key to which only he had. When Trebek awoke, he found himself in a suit basking in the blue glow of The Answers.*

Forever after, he would know all that is, all that was, and all that ever shall be. That is the only truth in the universe.