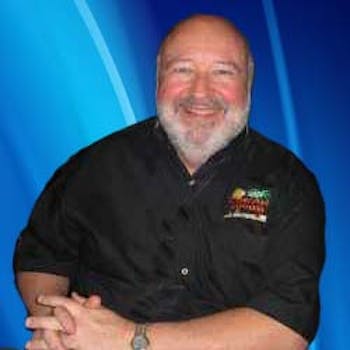 Beloved game designer Al Lowe said  that he has not had any involvement with the Sam Suede game and would not be pursuing legal action.

Lowe, who recently raised $655,000 to develop a remake of the mid-1990s classic Leisure Suit Larry franchise, clarified that he has not had any involvement with the Suede game since 2006, but that he is not personally pursuing any legal action against Wisecrack Games, the company that put Suede on Kickstarter, or Ken Wegrzyn, the company’s founder.

“I want to clarify with the media, the public, and the Kickstarter community what’s been in the press lately about my relationship with Wisecrack Games,” he wrote. “I have no intention of suing Wisecrack, which has my permission to use my name and likeness regarding my involvement with Sam Suede.

“While I am proud of the work I did on Sam Suede back in 2006, when I left the project the game’s design was nearly complete, but the text, where the humor lies, was barely started. I [was] not involved inane way with Wisecrack’s current production of Sam Suede.

“I am currently involved with Leisure Suit Larry in the Land of the Lounge Lizards Reloaded. I also am not personally involved with any legal action against Wisecrack and wish them well implementing my game design without me.”

On Wednesday, Replay Games founder Paul Trowe announced that he would sue Wisecrack for using Lowe’s likeness and infringing on the game designer’s copyright. Trowe has not yet returned the Daily Dot’s request for comment.