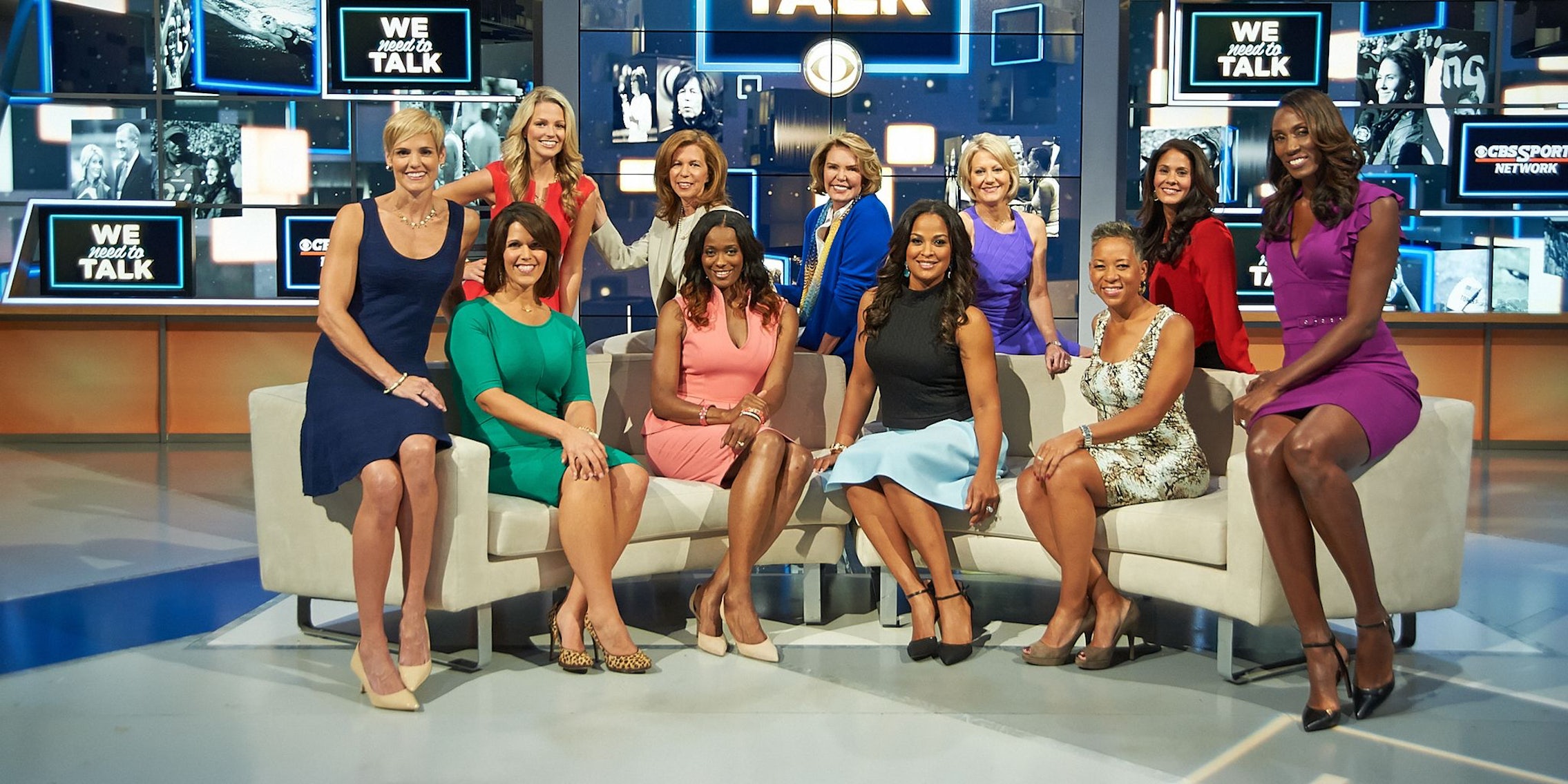 For women in sports media, the uphill battleground lives online

When the hate-comments never end, how do you fight back?

Kavitha Davidson has hate-readers. The Bloomberg View sports columnist will write a story for the website, and as soon as it publishes, she knows the trolls are waiting to bubble up from underground and attack her. Not only for the words she uses or the ideas she espouses, but because she’s a woman and she’s writing about sports and she has the gall to put forth controversial takes.

“It’s really unfortunate that we’ve become so accustomed to this type of thing,” Davidson tells the Daily Dot. “It’s just kind of normalized when it comes from fans… One of the biggest problems is that it’s such an insular industry. Women are making incredible strides, but it’s still male and it’s still white. Until we get a little more parity, this kind of culture will continue to be fostered.”

Davidson is a woman writing about sports, and so, she’s attacked.

Jessica Luther braces herself after her stories post and reminds herself not to look at the comments. If she does, she knows she’ll read critiques about her personal appearance or about how she’s either a coward and/or a super-aggressive ultra-feminist.

“I finally learned not to read the comments. That’s for real,” Luther—a freelancer who writes for Sports Illustrated, Vice Sports, and various Texas media outlets—tells the Daily Dot. “I gear up, and I have to tell myself beforehand, ‘Don’t read the comments, don’t read the comments.’ You want validation, but I also want to say you’re wrong to the people who say that I’m wrong. I still have to do that work.”

Luther is a woman writing about sports, and so, she often battles herself into exhaustion while wading through her Twitter mentions.

Dana Jacobson knows that if you search her name on YouTube, the third video that pops up is blunt and to the point.

It doesn’t matter that Jacobson flooded the ESPN airwaves for about a decade and that she’s a panelist on CBS Sports Network’s We Need To Talk, the first nationally televised all-female sports talk show. Forget about that: The aforementioned clip is called “Dana Jacobson’s big juicy ass plays pool.”

“Sometimes, it bothers me, and sometimes, it doesn’t,” Jacobson told me last September. “Like it or not, it’s a visual medium. My frustration in it is there’s an expectation that all women are going to look a certain way, like a model on a magazine cover, and that it’s what is required to do the job. That shouldn’t be a part of it… I take it some days as it’s incredibly frustrating that I have to worry about that along with making sure I’m on top of my game with what I know, doing my research, and trying to get interviews. I know my male colleagues don’t have to deal with it the same way. I know it’s not close.”

And yeah, Jacobson is a woman talking about sports, and so, somebody posts a sexually harassing headline on a video that goes on to draw more than 300,000 views.

Davidson, Luther, and Jacobson are women in the sports media world, and this is a part of their daily existence. They’re trying to change the viewpoint of the male sports fans who believe that women don’t know what they’re talking about or that the only reason they were hired was because of the way they look.

Aiyana Cristal makes me uncomfortable. I feel how hard she's trying, & end up awkwardly rooting for her to finish cleanly.

@MattSpiegel670 I have no rooting interest in her work, but enjoy her giant boobs.

The two—who work for 670 The Score in Chicago—continued discussing Cristal’s anatomy for another few rounds. Both men have since apologized. Cristal, who didn’t respond to a Daily Dot interview request, countered thusly.

Progress has been made for women in sports but we still have a long way to go. pic.twitter.com/SianZXkhLj

Cristal was correct. Bernstein and Spiegel were sexually harassing her, and aside from the immediate public rebuke of her aggressors, there wasn’t much Cristal could do about it.

Not only that, but Davidson, at times, questions her physical safety and Luther has taken it upon herself to learn more about cyber-security. Like Jacobson, Davidson has to ponder the outfits she wears when she makes appearances on national TV.

Me? I’ve never questioned my physical safety when I’ve written something controversial (with the exception of the time a former University of Georgia quarterback and I nearly came to blows when I was working for the student newspaper); my only thought before making TV appearances is if the cameras will see me wearing shorts beneath my button-down shirt and blazer.

Male sportswriters and broadcasters on social media—most of us, anyway—never experience what our female counterparts have to endure. Go ahead and scroll through Luther’s mentions on Twitter. Read the comments below Davidson’s stories. You might not have realized the misogyny is so bluntly present. When you discover it, it’s beyond disturbing.

This article originally was supposed to end with a negative slant. Something along the lines of that it doesn’t matter if we live in 1975 or 2015 or 2055, women in sports media will always have to climb a little higher and their road to the top of the mountain will always be a little steeper. Because no matter how far into the future we progress, the  Neanderthals and troglodytes who watch sports and only judge a female reporter based on her looks and body type will never go extinct. And there’s nothing we can do about it.

But then I talked to Davidson. For her, day-to-day social media is littered with poisonous sentiments. But Davidson tends to look at the quagmire with optimism.

“If you’re angering people this much, you’re probably doing something right,” she says. “Especially in such an insular world as sports, people have never been presented with alternative perspectives or alternative views. They’ve been consuming media that basically reinforces their currently-held ideas about things. When they’re presented with an alternative position, it really rattles them.”

Just ask Jacobson’s father. After she debuted as a SportsCenter anchor, her father complimented her work but also said he preferred to hear sports news from the mouth of a man. He doesn’t feel that way anymore, Jacobson says. But many others do. And some aren’t ready to learn. That means, for writers like Davidson and Luther, time spent online is often mentally draining and emotionally exhausting.

If you think you're tired of reading about violence against women in sports, believe me, I'm tired of writing about it.

But in those moments, Davidson takes comfort in the words once offered by sportswriter Will Leitch, the founder of Deadspin and now an editor at Sports on Earth.

There might be 14 hateful comments under your story, he said. But that means there are 14 more people who read your articles and 14 more people who needed to understand your perspective. Davidson takes that idea to heart and it emboldens her to keep speaking her mind and to keep writing about the controversial issues of the day that could make you uncomfortable.