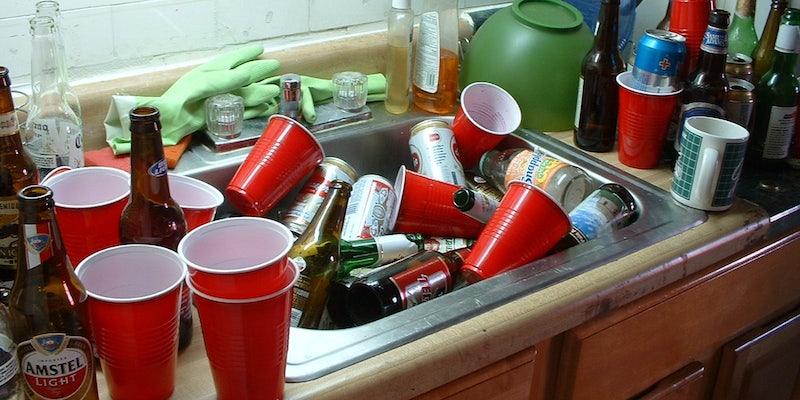 Here’s why you never, ever rent your home out on Airbnb

They found chicken in their shoes and condoms clogging the toilet.

Four adults booked Mark and Star King’s place on the rental site, saying they were in town for a wedding. After the Kings left for the weekend, a luxury party bus along with a flurry of cars down the street showed up, with hordes of strangers piling into the house.

On top of the condiments and food all over the home, there were dents in the walls and condoms clogged in the bathroom. This video walkthrough of the home displays the wreck that the Airbnbers left behind:

Airbnb wrote to CBC News, “We have zero tolerance for this kind of behaviour and our team is working quickly to make this right.” The company’s Host Guarantee insurance which covers up to $1 million for “eligible properties in the rare event of guest damages which are not resolved directly with the guest.”

When the Kings came back, there were still partygoers passed out in their home. One of them cooperated and helped corral the drunks out of the place. There were about 20 leftover partiers.