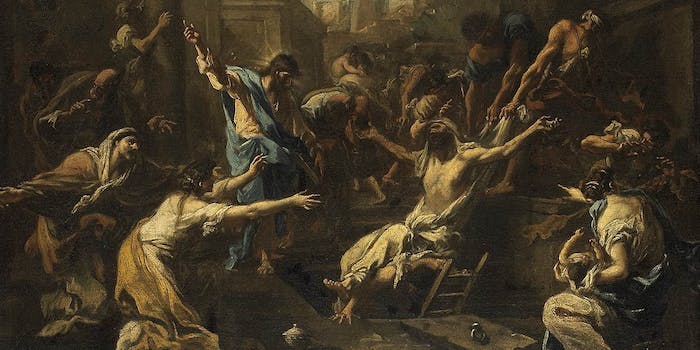 Did this interrupt the purification process?

Ordinarily, we’d classify an exorcism as a pretty big deal. If your problems are serious enough that you have to blame them on demons, then we’d expect you to at least pay attention during your purification ritual.

Not so much with this guy, though.

After a short sermon, this preacher brings a man forward to be exorcised. At first, the man cooperates—he seems to be responding well to the exorcism. But then, his phone rings, and he just answers like it’s no big deal.

Apparently, it’s possible to pause the drama of an exorcism to answer your phone. It certainly puts a new spin on the idea of religious exorcisms being pure showmanship; the preacher starts to look very uncomfortable when his patient stops playing along.