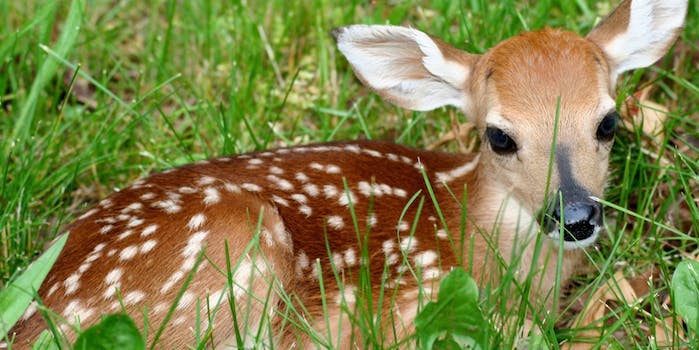 Adorable deer screams in a way that cute animals never should

How could such a horrible sound come from something that looks like Bambi?

This deer looks as harmless and adorable as Bambi. Right?

Well, yes. But as the people recording this video discovered, some deer also make a terrifying noise that sounds like someone screaming their head off. As it turns out, cute animals definitely don’t have to make cute noises.

Maybe this deer can make friends with all those screaming goats?