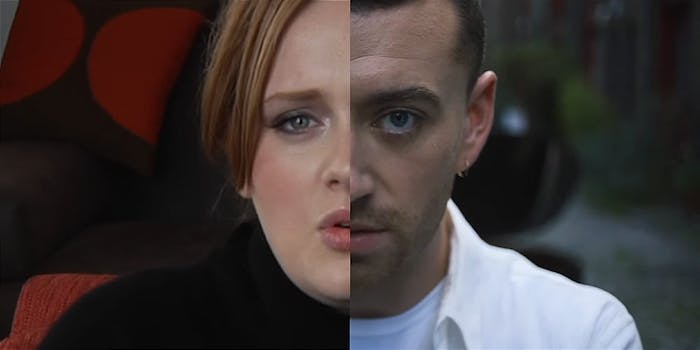 If you slow down Adele, she sounds eerily like Sam Smith

Twitter user @jesse21valona seems to have stumbled on something major when he slowed down his copy of 25 by Adele. He felt that, at the right speed, it sounded like the song was being sung by well-known British singer, Sam Smith.

But you don’t have to take his word for it. Judge for yourself.

Did you know that when you slow down Adele it’s actually Sam Smith pic.twitter.com/SysXOoQgZY

Just to keep things scientific, Jesse even made sure to provide a second example.

People seemed to agree that the resemblance was uncanny.

WHAT WHAT IS THIS MAGIC

I will never be the same

As soon as my brain recognises his voice…… pic.twitter.com/kbpVSEiOnW

It’s interesting to note that this experiment does not seem to work in reverse.

Although it did leave people wondering what other singers would match up if you changed the speed of their records.

And then who it gonna be when we speed up bieber

Did you know that when you slow down Nicki Minaj it’s actually Jay-Z pic.twitter.com/mMPQDw1AER

Of course, the important question is will this with work with the Lionel Richie version?