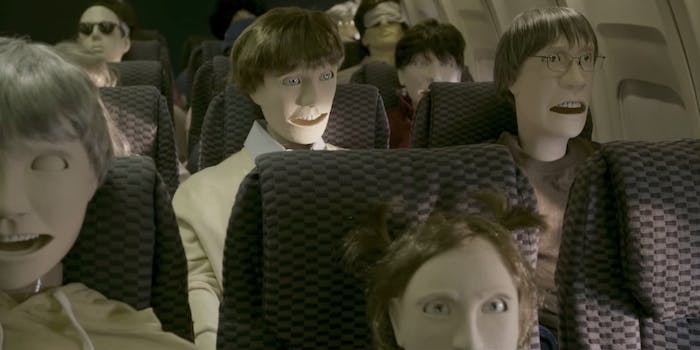 The only difference between this and a real flight? You won't get any peanuts.

Have you ever wanted to experience all of the frustrations of air travel in real time without actually going anywhere? If so, one airline has the advertisement for you!

Virgin Airlines created a 6-hour (yes, 6-hour) YouTube video simulating the travel time from Newark, New Jersey to San Francisco, California on “BLAH Airlines.” During the video, you get to experience everything from that person in front of you who can’t stop adjusting their seat to faulty power outlets. The entire time, you are surrounded by the inane chatter of very creepy mannequins.

Virgin promises everything from Wi-Fi to entertainment to even mood lighting on its flights. Presumably, it also has significantly fewer mannequins.